In these Slow Cooker Barbecue Pulled Chicken Sandwiches, chicken thighs are cooked low and slow in homemade bbq sauce, garlic and chipoltes. The chicken is then shredded and stuffed into sandwich rolls. 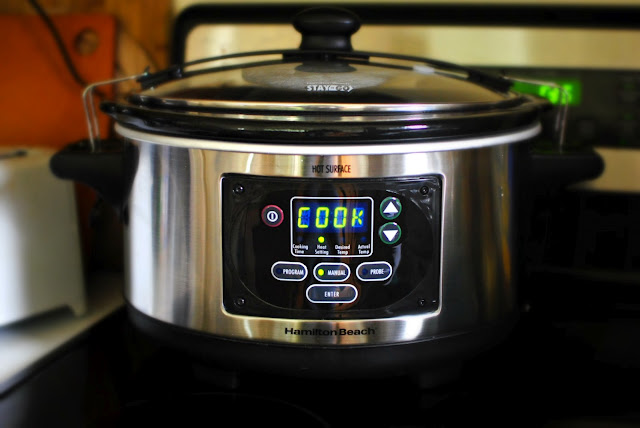 Today I bought a slow cooker.

Not just any slow-cooker, but one that is digital and came with a meat probe thermometer. Yes, yes there was this recipe… but I actually had to borrow a slow cooker from a friend because mine was ancient and extremely small. Oh and my old slow cooker was also an ugly shade of burgundy, which isn’t pretty in pictures. I’ve been anti-slow cooker for so long that the mere fact that I now own a giant-digital-meat-probing-slow-cooker makes me laugh and cry at the same time. What does it all mean? More slow cooker recipes on SS? 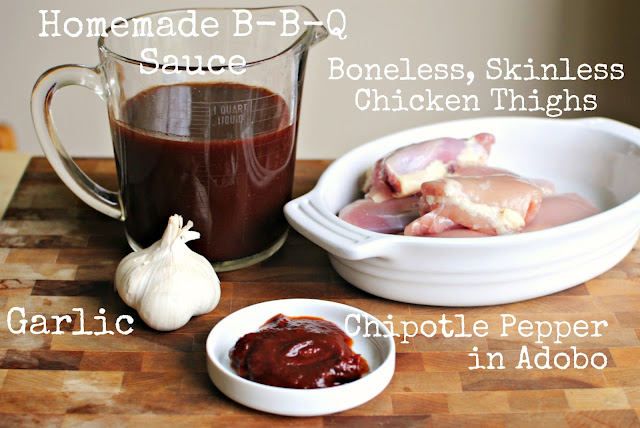 To Make This Slow Cooker Barbecue Chicken You Will Need:

All-righty, now many of you might remember when I posted a recipe for homemade barbecue sauce!? Yes? Well that sauce is the base for this pulled chicken. For those who might have forgotten, it’s brown sugar, ketchup, vinegar, water, Worcestershire, ground mustard, paprika, salt and pepper. STIR and that’s it. Today I’m adding a little more flavor with some garlic and some smoky-heat from a chipotle pepper. 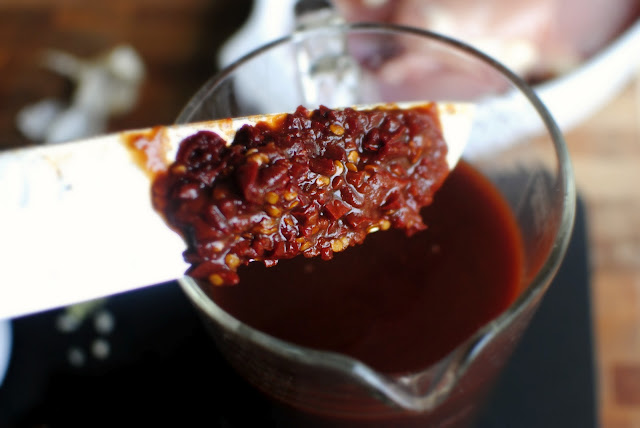 Next add in the minced chipotles to 3 cups homemade barbecue sauce. 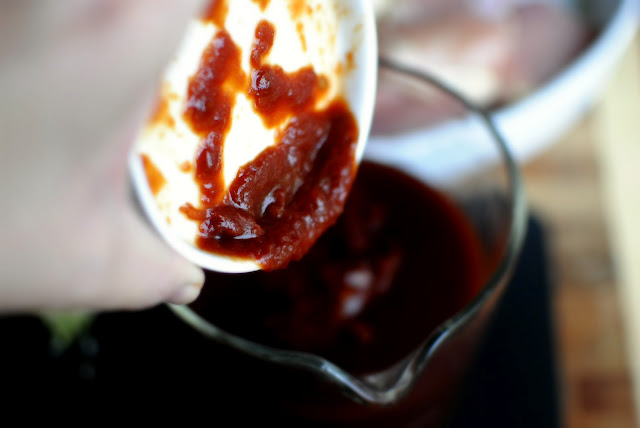 …and then1 tablespoon of the adobo sauce that is in the can with the chipotles. 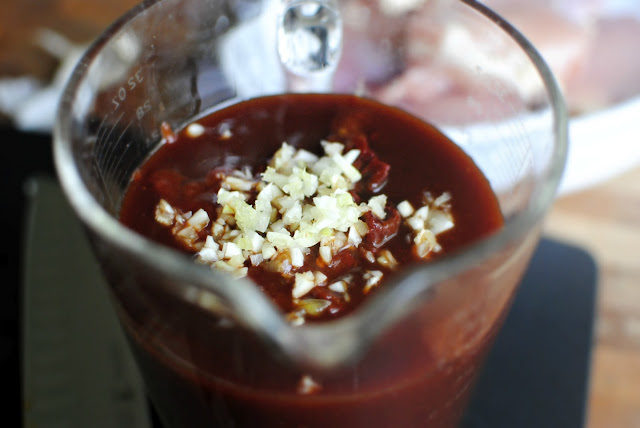 Next throw in 1 clove minced garlic. 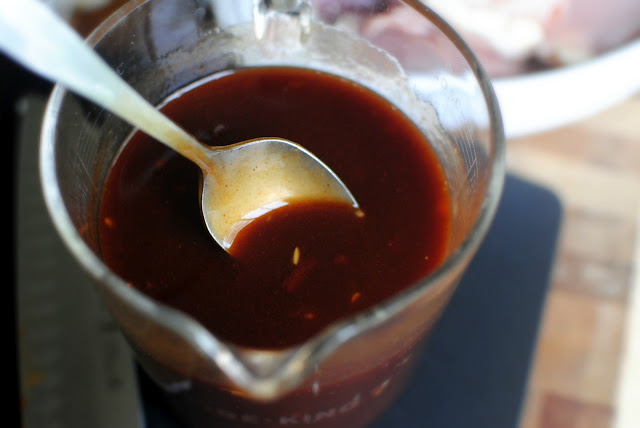 Then just stir and set aside. 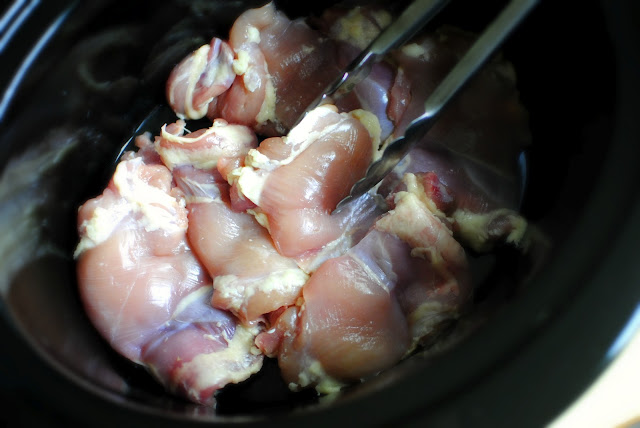 Arrange 2 pounds boneless skinless chicken thighs in the bottom of your slow cooker. 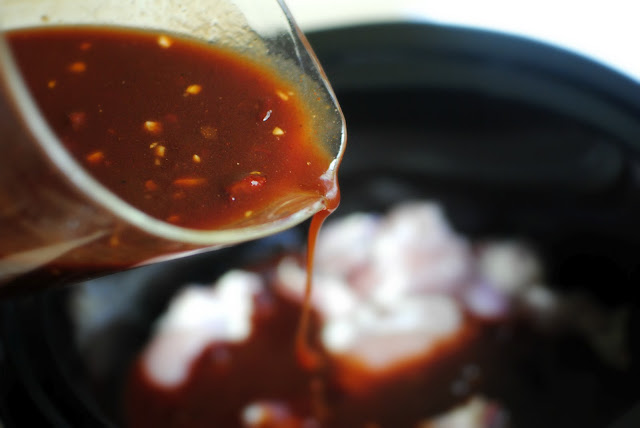 Lastly pour the chipotle garlic barbecue sauce over top of the chicken. 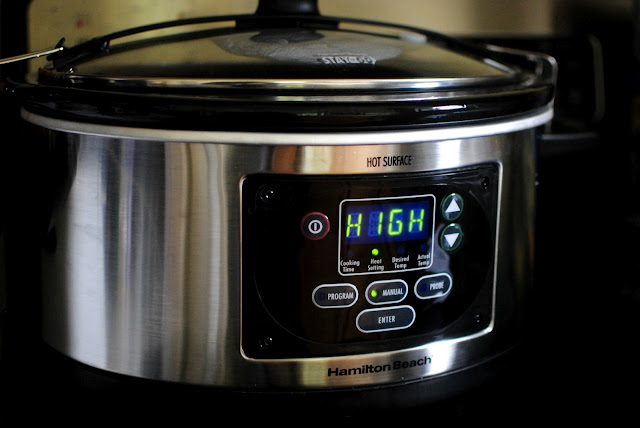 Set it (to low- not high) and forget it! 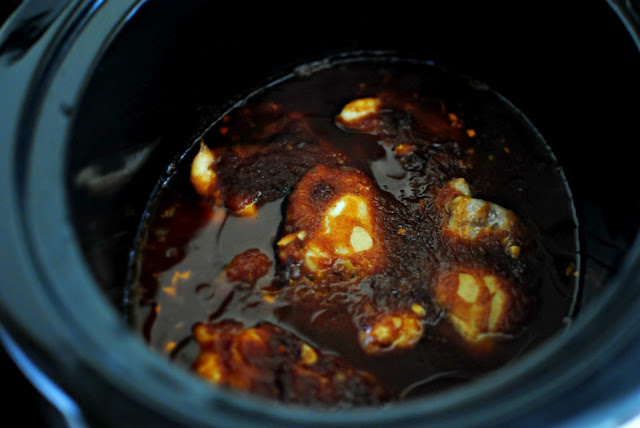 After 6 hours on low the chicken should be cooked and falling apart. 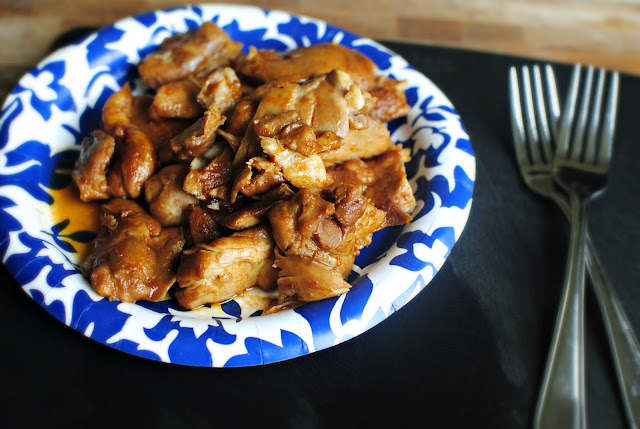 Then remove the chicken and grab two forks. 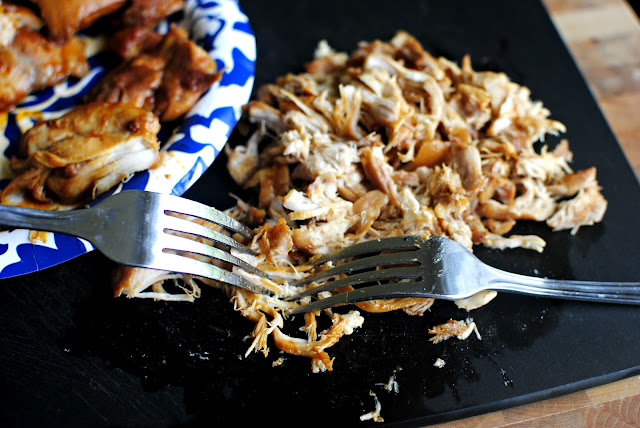 Start shredding all that chicken! 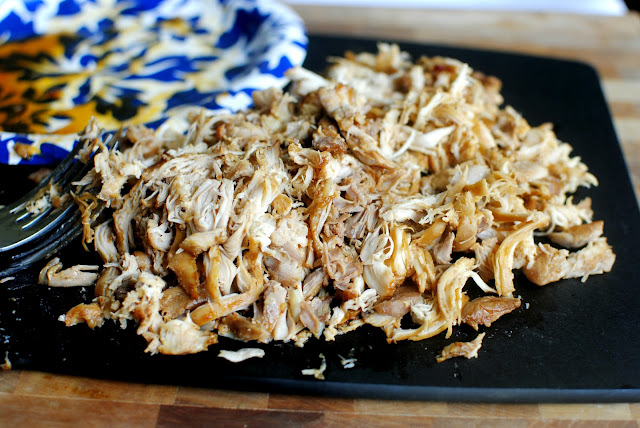 Until you have a heaping mound of it. 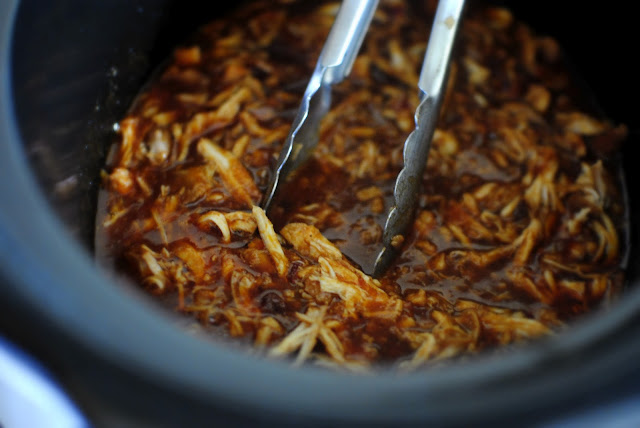 Add the chicken back in to the slow cooker and turn off the heat.

Let the sauce cool and thicken a bit before serving, this should take about 15 minutes. 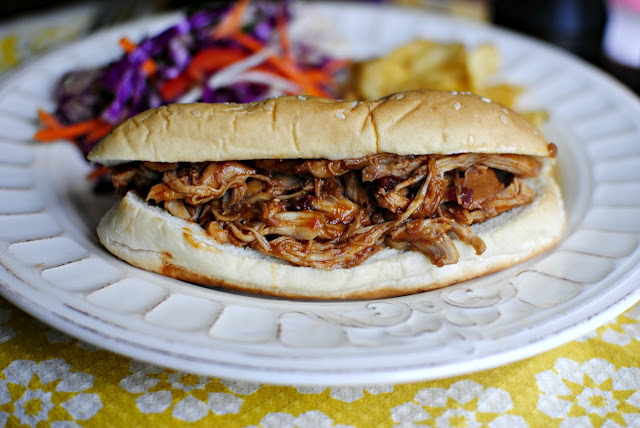 Stuff the shredded slow cooker barbecue chicken into a hoagie bun and chow down. The chipotle gives it a little heat, just enough to heat your tongue but I don’t think it’s crazy hot. 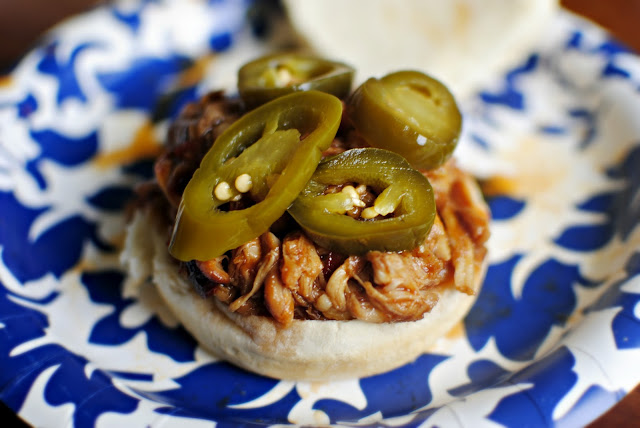 Unless you have a death-wish then go ahead and put jalapenos on yours, it’s craziness… pure craziness.  Just be sure to scarf these down quick before the bread soaks up all the sauciness!

Ps. I’ll have you know my husband informed me this is now his favorite dinner of all times!

Enjoy! And if you give this Slow Cooker Barbecue Pulled Chicken Sandwiches recipe a try, let me know! Snap a photo and tag me on twitter or instagram! 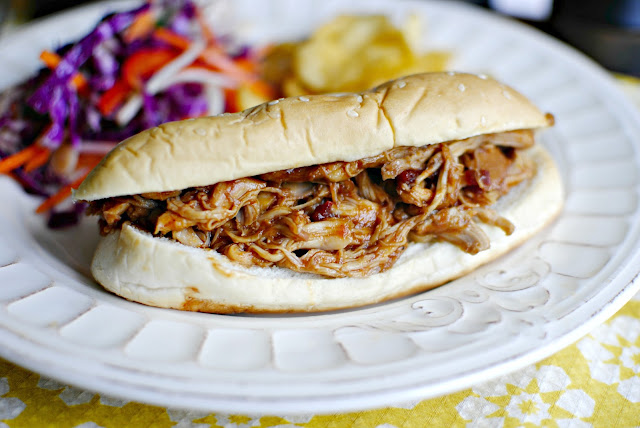 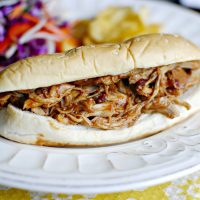