In this Nutella oatmeal recipe, creamy Nutella melts into a warm batch of stove top oatmeal. Topped with sliced bananas is my favorite way to eat this!

What do YOU do with the last of your Nutella?

Do you eat it right off the spatula? Spread it on a graham cracker and top it with sprinkles?… or maybe you just clean the inside of the jar with an apple wedge? Actually all three are excellent options, trust me (especially the second one, just saying). BUT have you ever had it in your oatmeal?

On the days I have to work at the hospital, I try to have a bowl of oatmeal for breakfast. It’s quick to whip up and I like that because I only have a few minutes to spare, and I’m full for like ever… okay so like 3-4 hours… but still. It’s great. 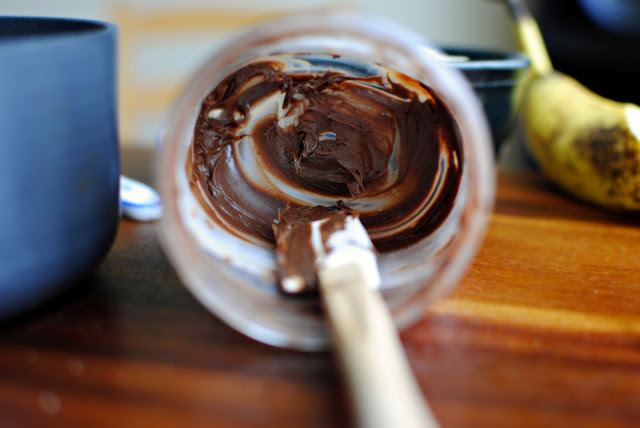 This oatmeal happened by accident, I was cleaning out my pantry and saw a jar of Nutella that only had about a tablespoon left in it. So instead of throwing it away… I put it in my oatmeal. 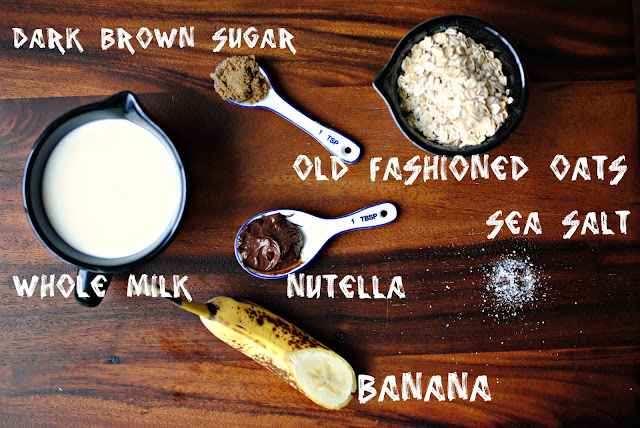 To Make This Nutella Oatmeal You Will Need:

Don’t have Nutella? Try peanut butter! Have both? Oh gosh… I see peanut butter-Nutella oatmeal is in my future. 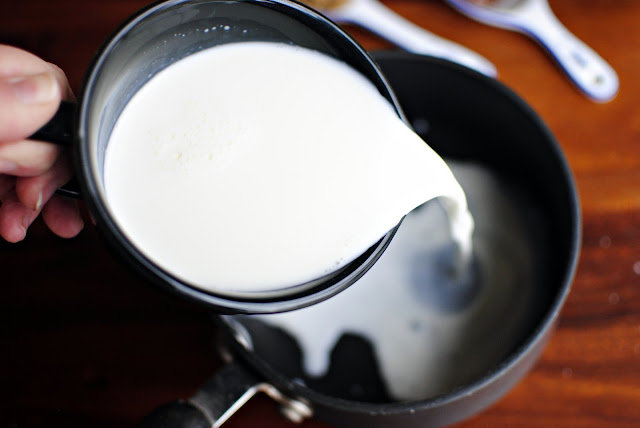 First, start by pouring 1 cup of milk into a small sauce pan. 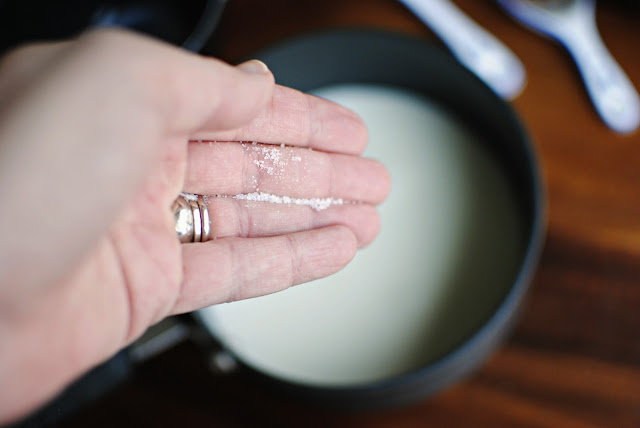 Then sprinkle in a pinch of salt. 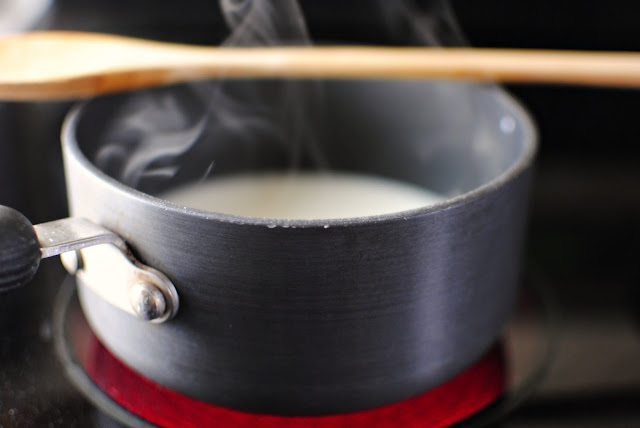 Next, bring to a small boil. 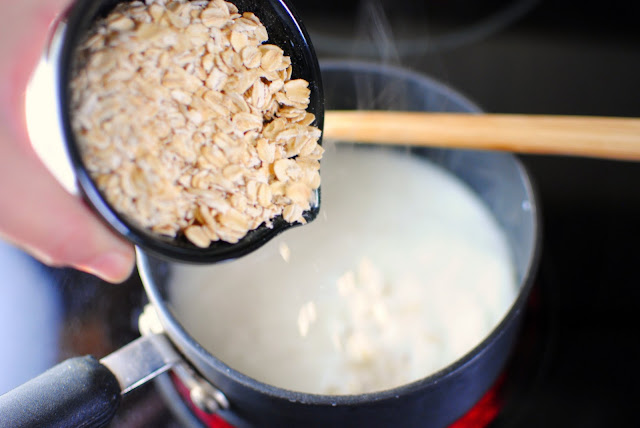 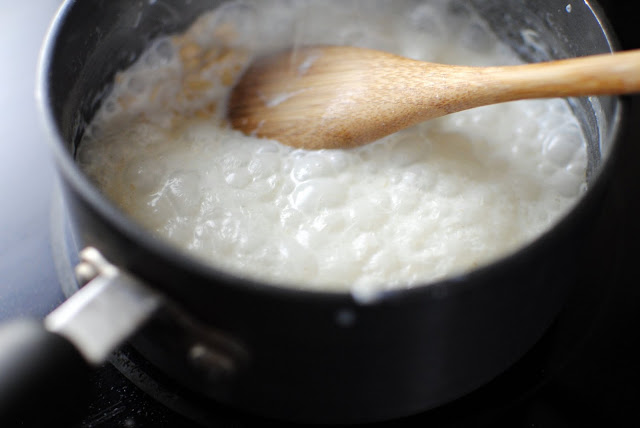 Next, keep stirring, remove from the heat every now-and-again to keep it from boiling over. 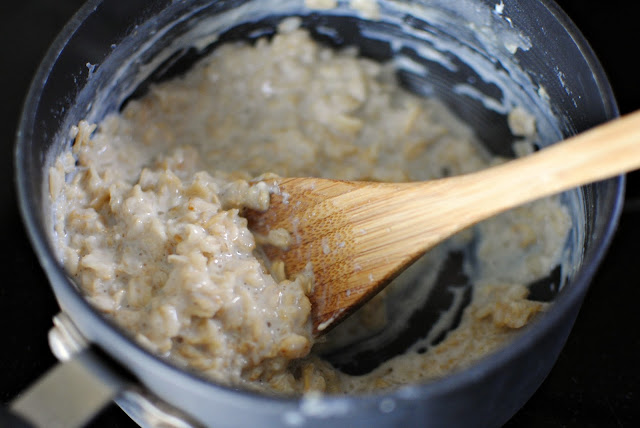 Once it’s thick and the oats have absorbed most of the milk kill the heat and remove it from the burner. 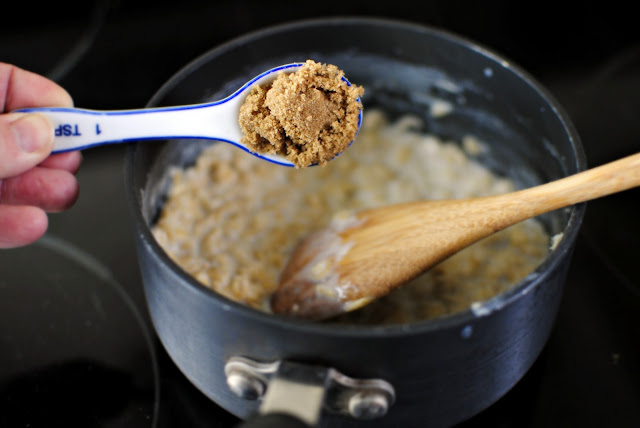 Then add in 1 teaspoon of dark brown sugar. 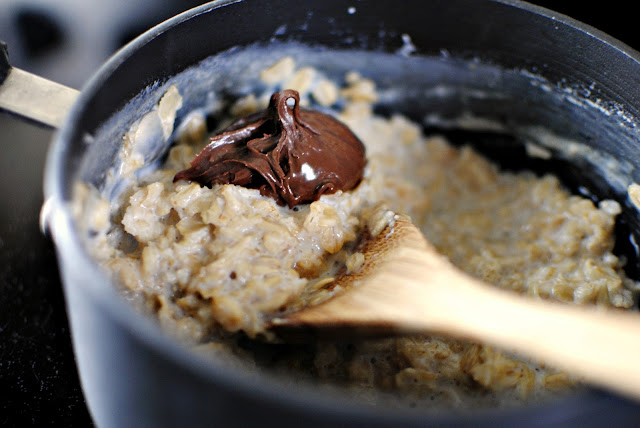 Next, add 1 tablespoon of Nutella. 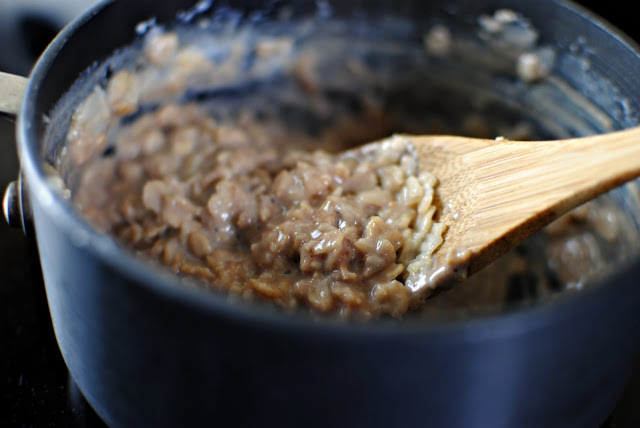 And then stir some more! 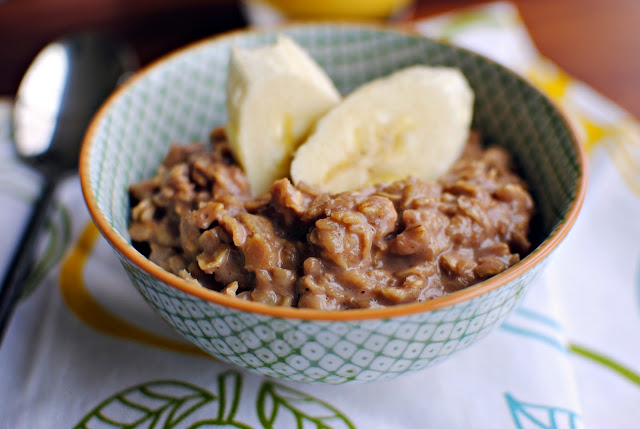 Next, pour it into another bowl and top with as many banana slices as you could possibly want. 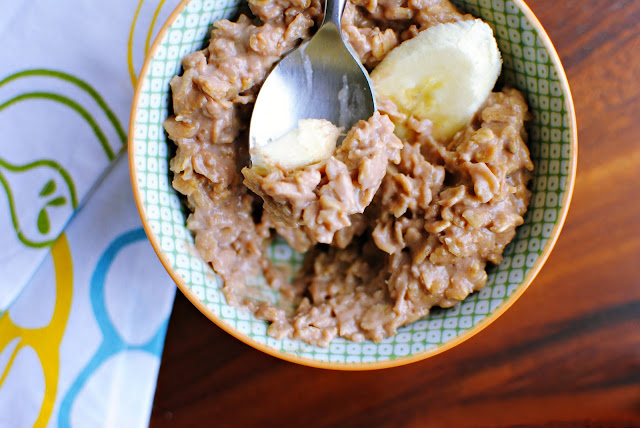 If this was a beauty pageant, this oatmeal could get a 4 maybe 5 out of 10. But luckily it’s a food blog. And you know that sometimes delicious food just isn’t that pretty. But this IS a wonderful way to start the day!

Enjoy! And if you give this Nutella Oatmeal recipe a try, let me know! Snap a photo and tag me on twitter or instagram! 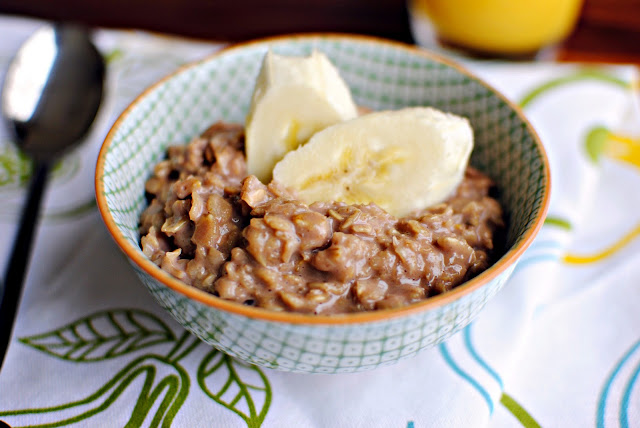 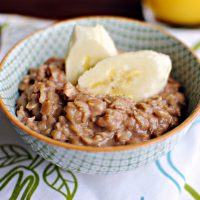