Cashew Thai Quinoa Salad is a deliciously light, fresh and healthy salad. Cooked quinoa with lots of colorful and crunchy vegetables are tossed in a simple ginger peanut dressing. This recipe serves 6. 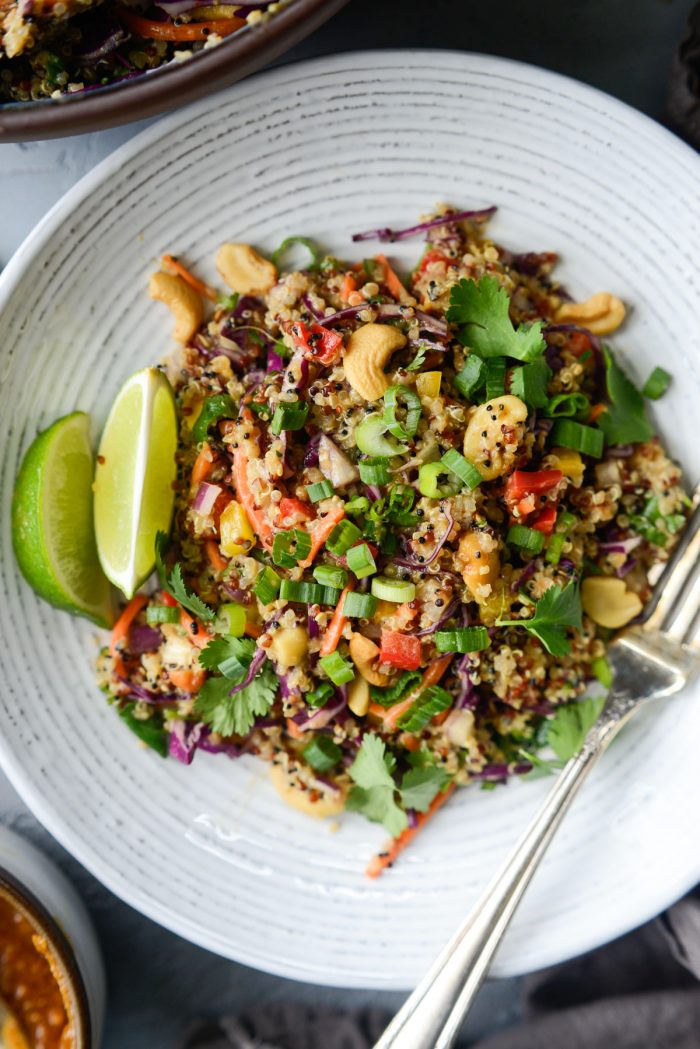 This salad has it all.

It’s healthy, colorful, crunchy and most importantly delicious. I first made this flavorful salad in 2013. Back then I was a contributor to The Pioneer Woman’s recipe sharing site Tasty Kitchen. TK is where a lot of us OG food bloggers would go to share our recipes in hopes to get featured on the homepage. As a contributor, I could cherrypick recipes I wanted to share. I would then photograph them step-by-step for the blog section of the website. It was a fun gig.

This crunchy cashew Thai quinoa salad was one of those recipes. It literally won me over the moment it graced my computer screen. Over the years I’ve made a few subtle (and I mean subtle) changes to this recipe and it still remains one of my favorites to this day. 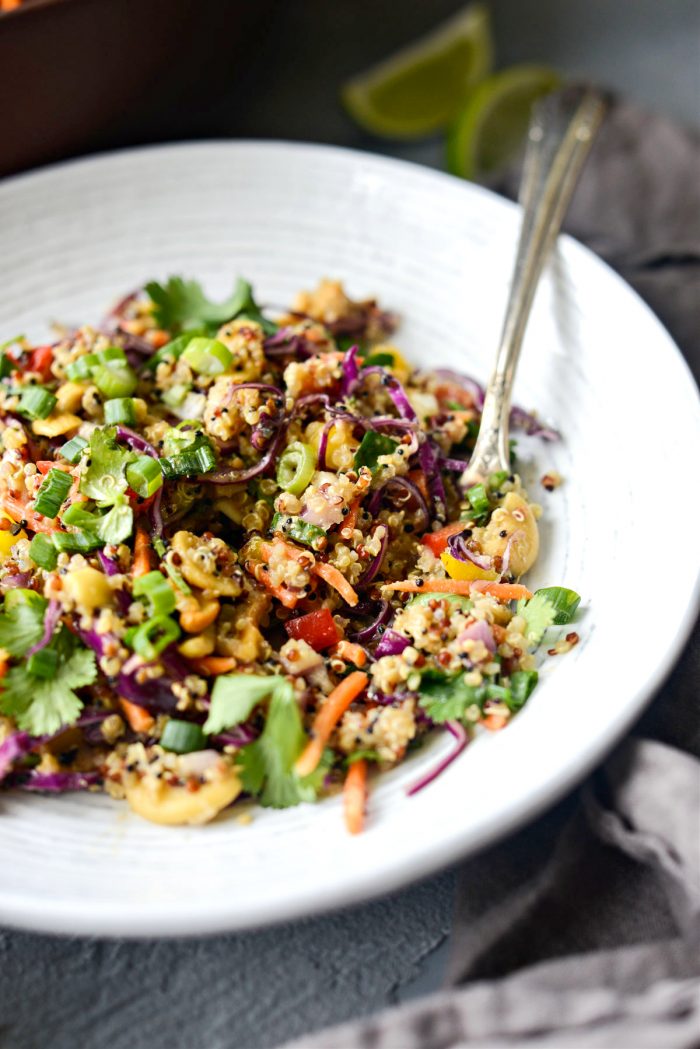 I love the rainbow of veggies, the protein and fiber from the quinoa keeps me full and the simple ginger peanut dressing is out of this world. 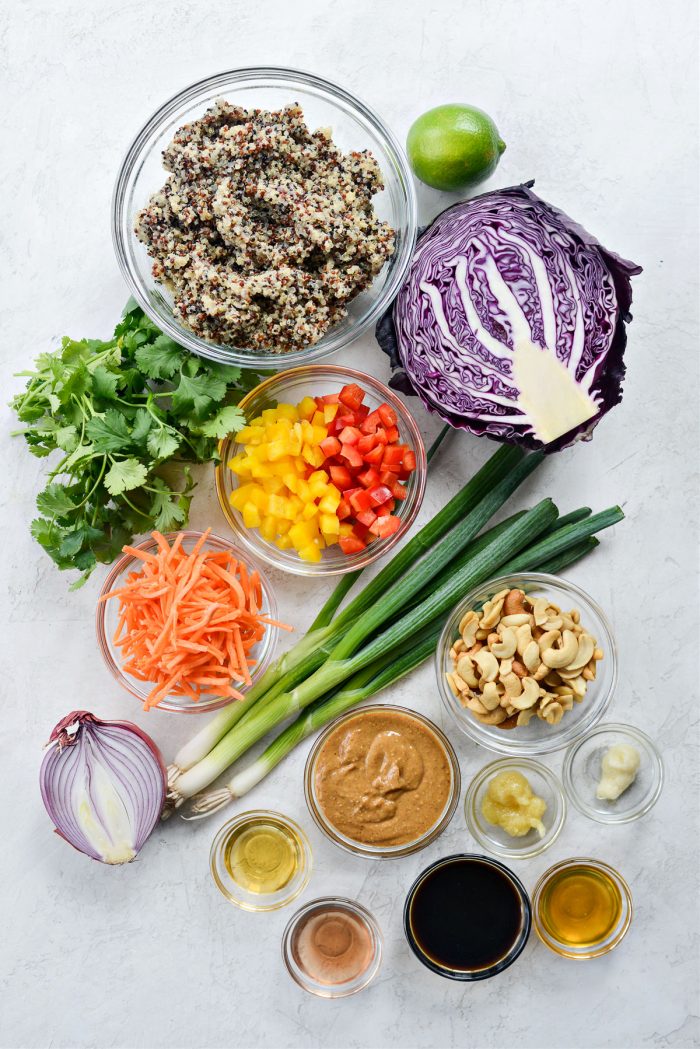 To Make This Crunchy Cashew Thai Quinoa Salad You Will Need: 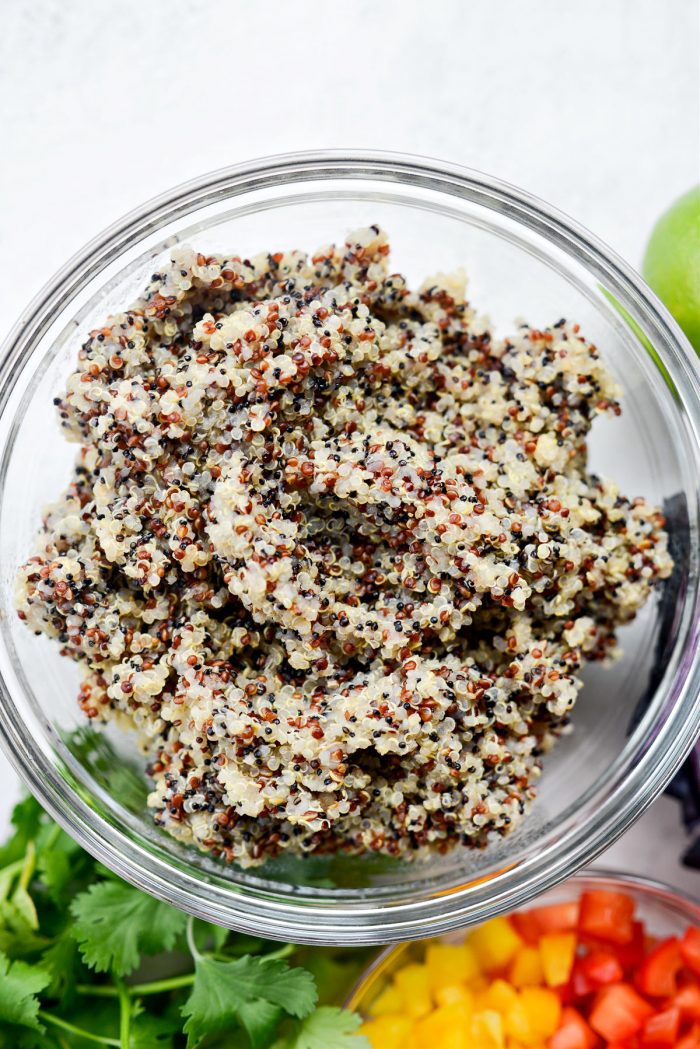 Place the quinoa in a mesh strainer and rinse under cool water. Transfer to a sauce pan and add the water and bring to a boil. Once boiling, cover reduce heat to low and simmer for 15 minutes. Then remove from the heat, fluff with a fork and transfer to a large bowl. 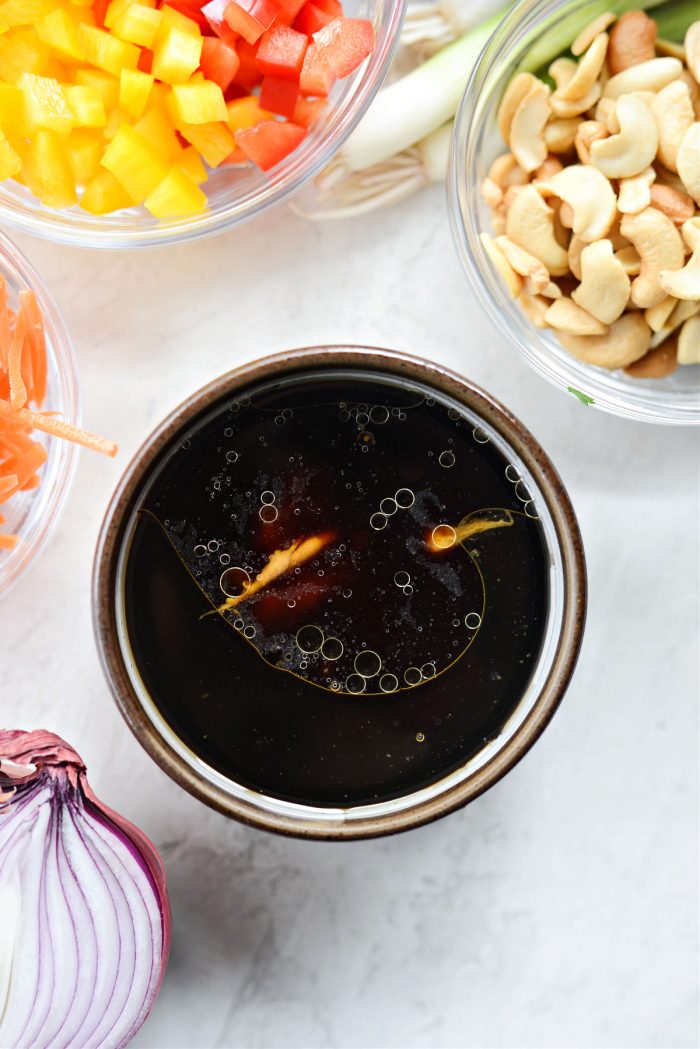 WHAT IS COCONUT AMINOS?

Coconut aminos is a flavorful and salty sauce made from the fermented sap of coconut palm and sea salt, yet it does not taste like coconut at all. Its consistency and deeply brown color is similar to soy sauce. It’s also happens to be soy, gluten and wheat-free too. With that said, coconut aminos is a healthy substitute for those with a restrictive diet. 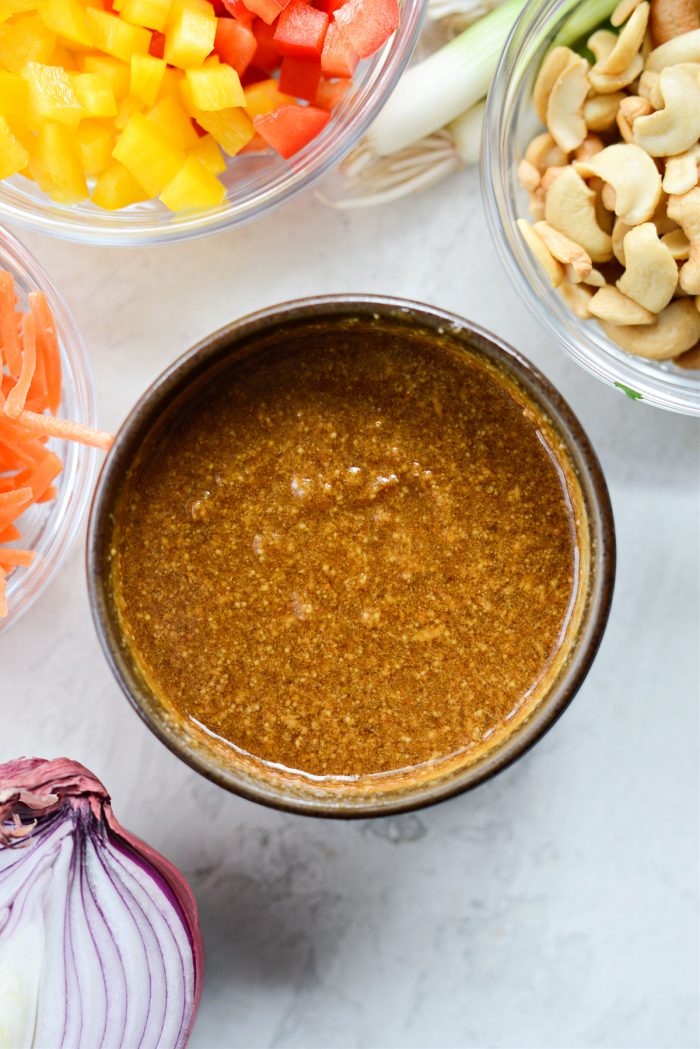 Whisk well to combine. If the dressing seems to be too thick, it can be thinned out with water. 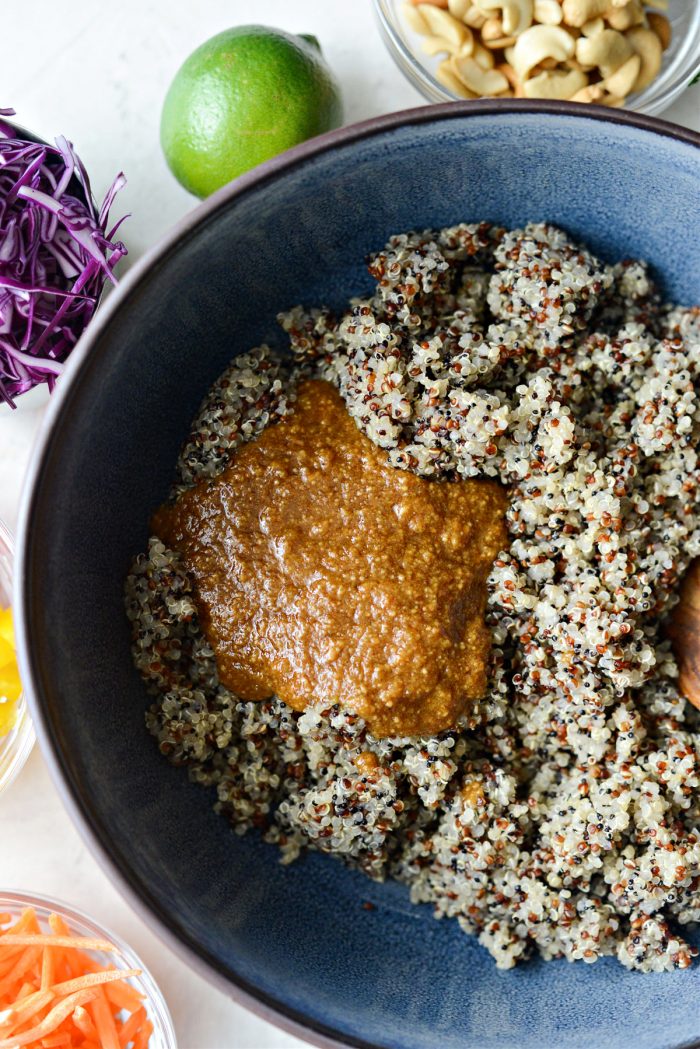 Toss half of the dressing with the quinoa. 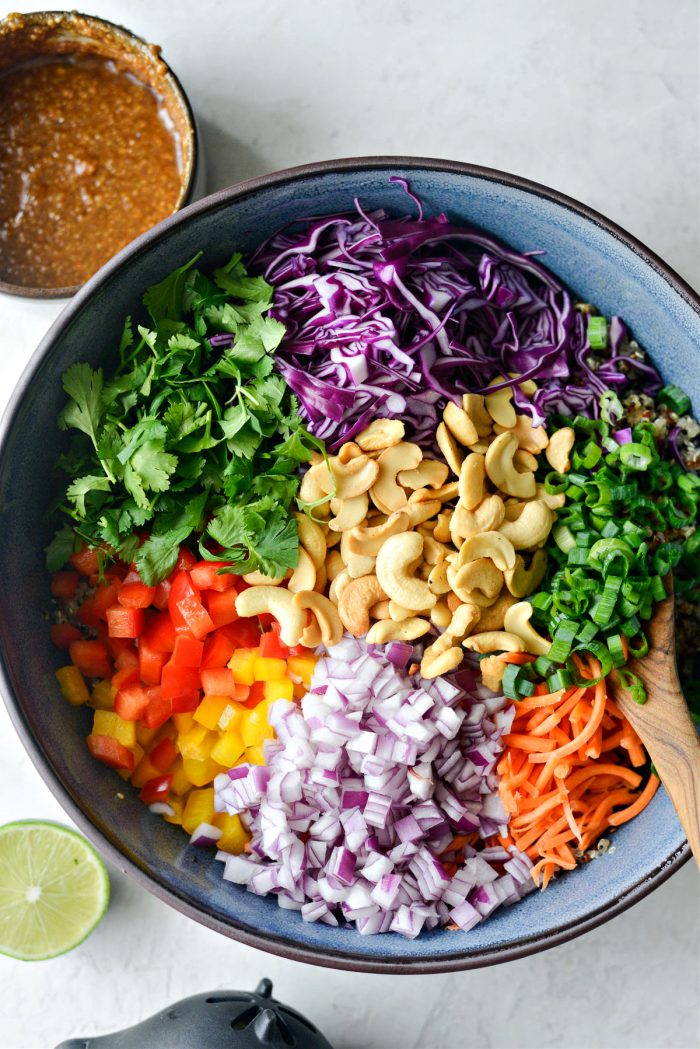 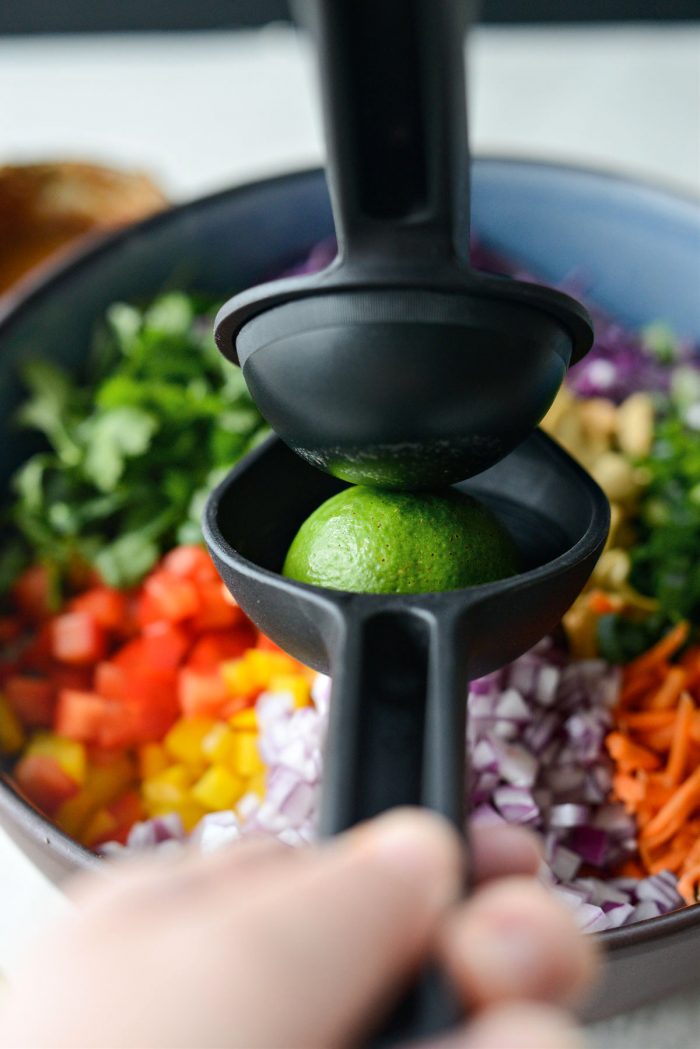 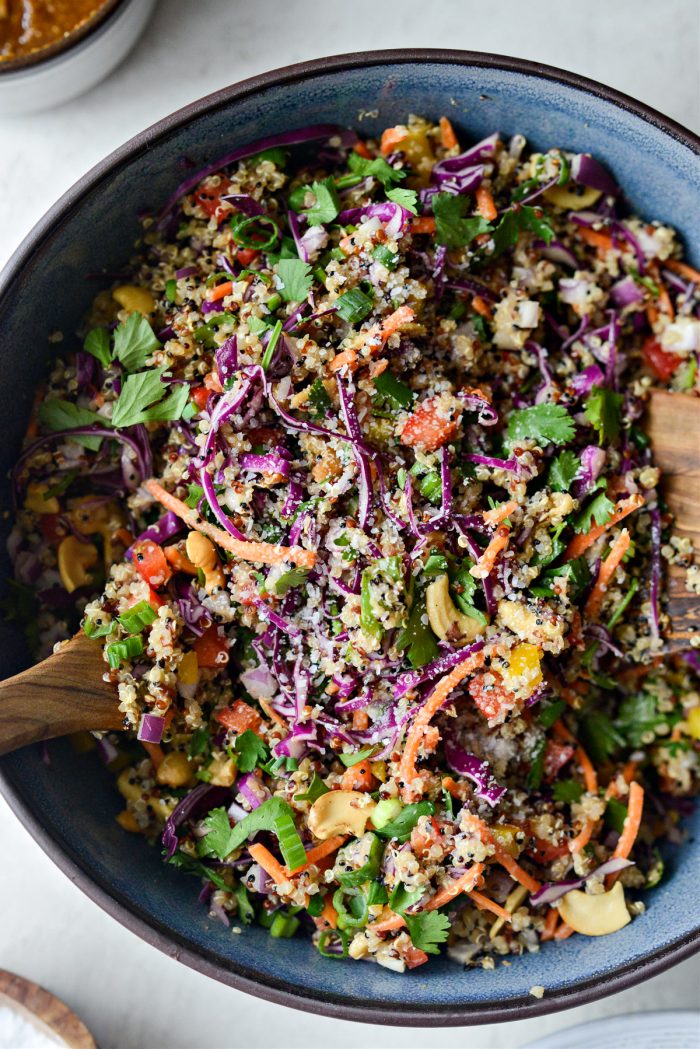 And season with kosher salt to taste. 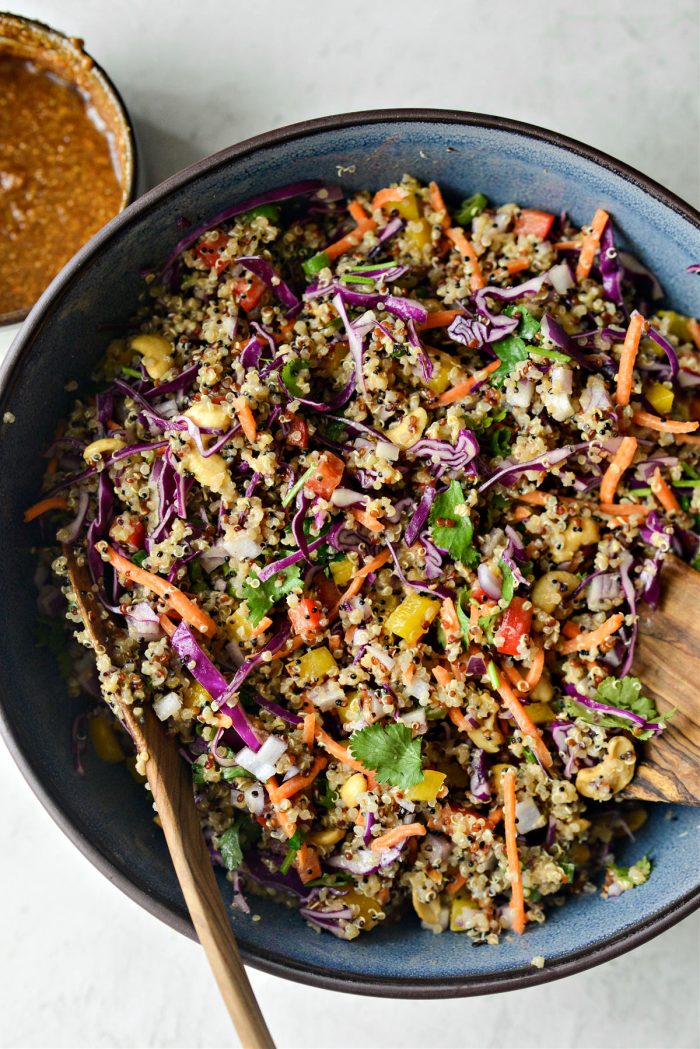 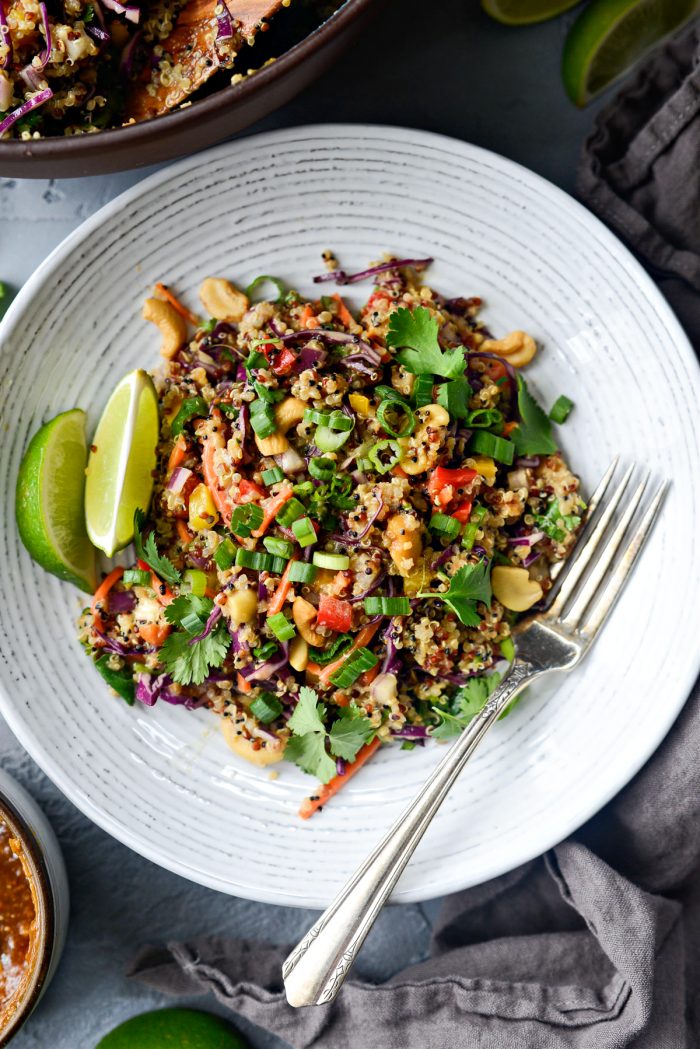 This salad is absolutely great served right away at room temperature. The flavors are perfect, crunchy factor is incredible and it’s healthy yet totally satisfying. 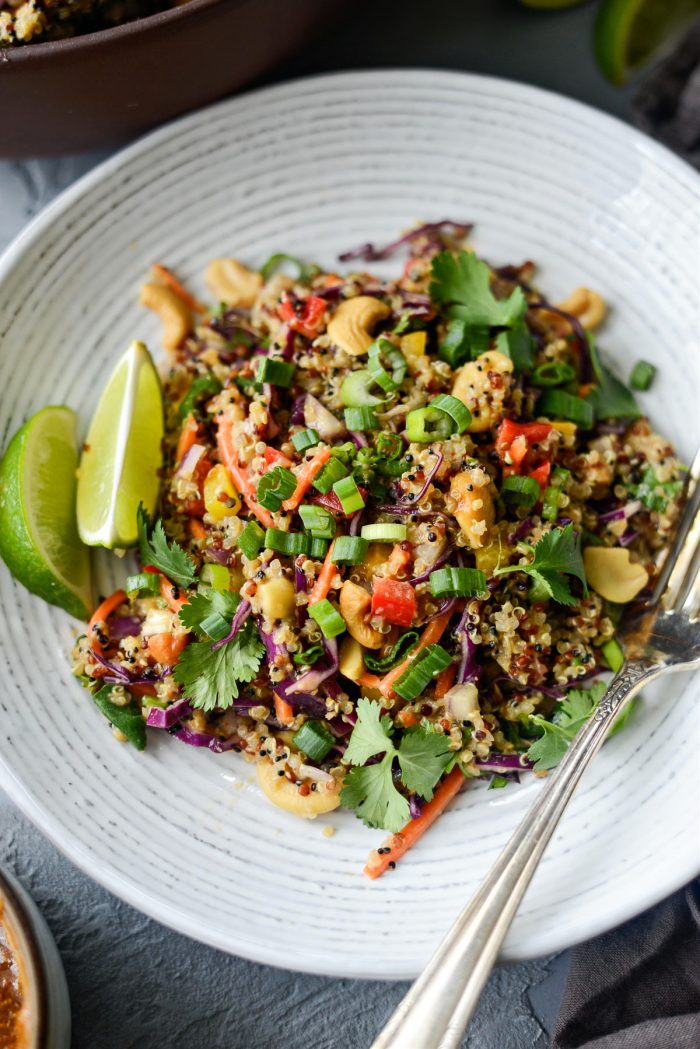 If meal prepping, I would recommend keeping the cashew out of the salad and tossing in when ready to eat. Otherwise they tend to get soggy. 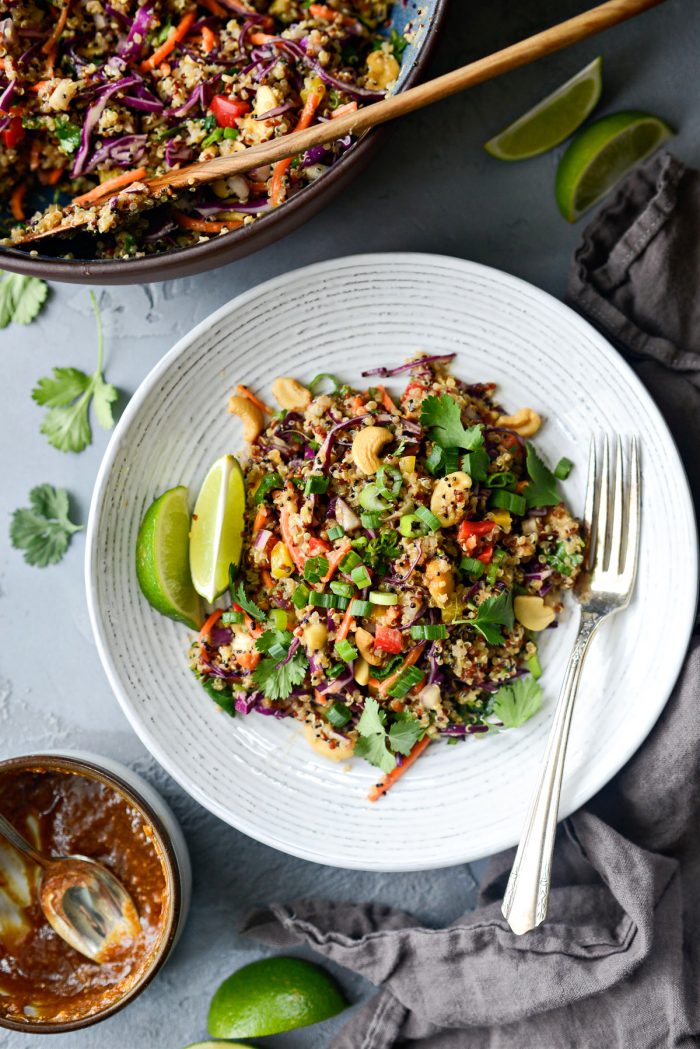 Enjoy! And if you give this Crunchy Cashew Thai Quinoa Salad recipe a try, let me know! Snap a photo and tag me on twitter or instagram! 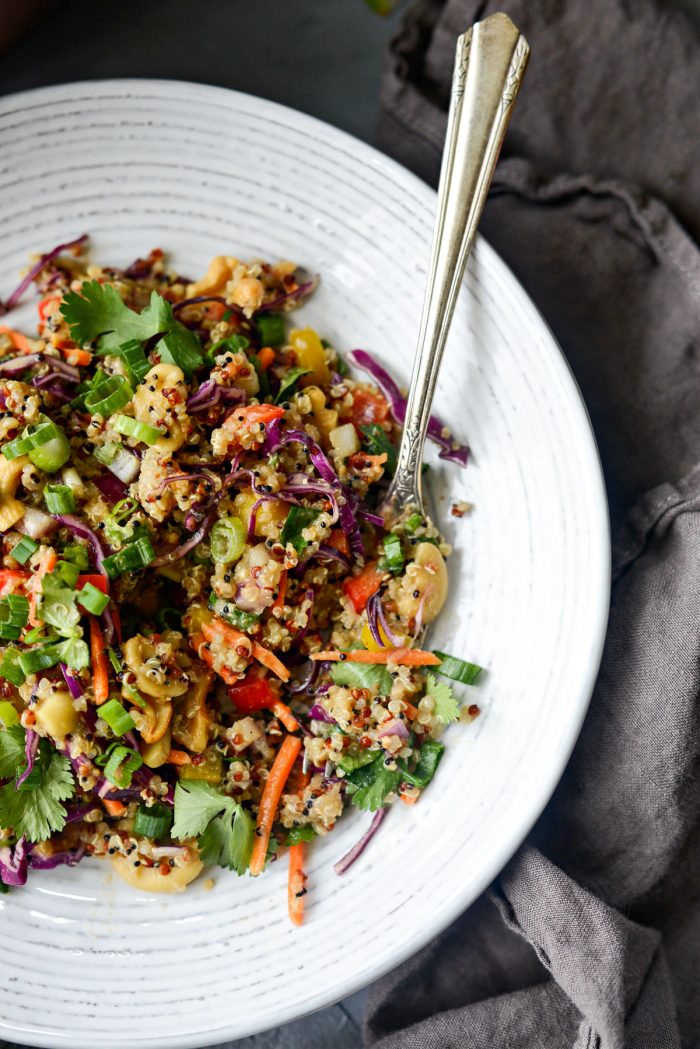 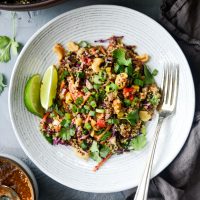 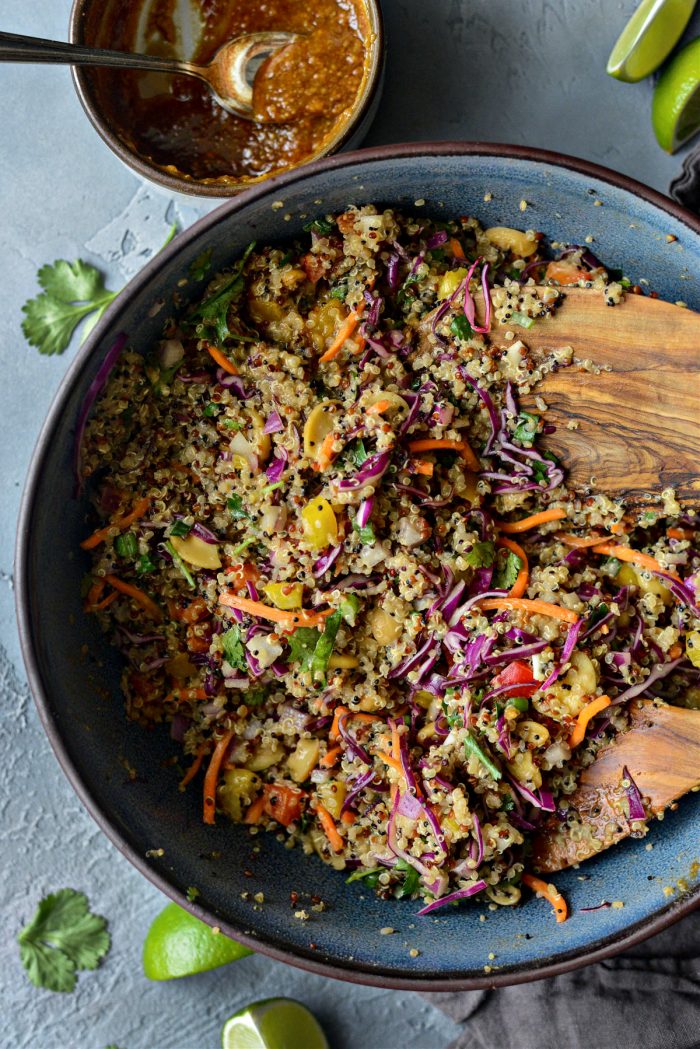 This recipe is lovingly and only slightly adapted from Ambitious Kitchen.