A Cinnamon White Russian is a fun spin on a classic cocktail. RumChata, Kahlúah, vanilla vodka and a splash of cream is served over ice with a cinnamon sugar rim. This recipe will serve 2 but can easily be halved or doubled.

It’s only fitting to end the year with a cocktail.

After the craziness of the holiday season, Pat and I tend to be pretty low-key on New Years Eve. Our girls usually are off doing something fun, while we would rather lay low. This year is no different. We have plans to take Finn and go for a hike, cozy by the fire and play thirteen gin, and we may or may not enjoy a few adult cocktails.

I plan to start the evenly by sipping on a Cinnamon White Russian. Typically a White Russian is just vodka, coffee liqueur and cream. However, in this cinnamon version, I add RumChata (a cinnamon and vanilla rum liqueur), vanilla vodka with Kahlúah and a splash of cream. The cinnamon sugar rim adds dazzling sweet cinnamon touch. 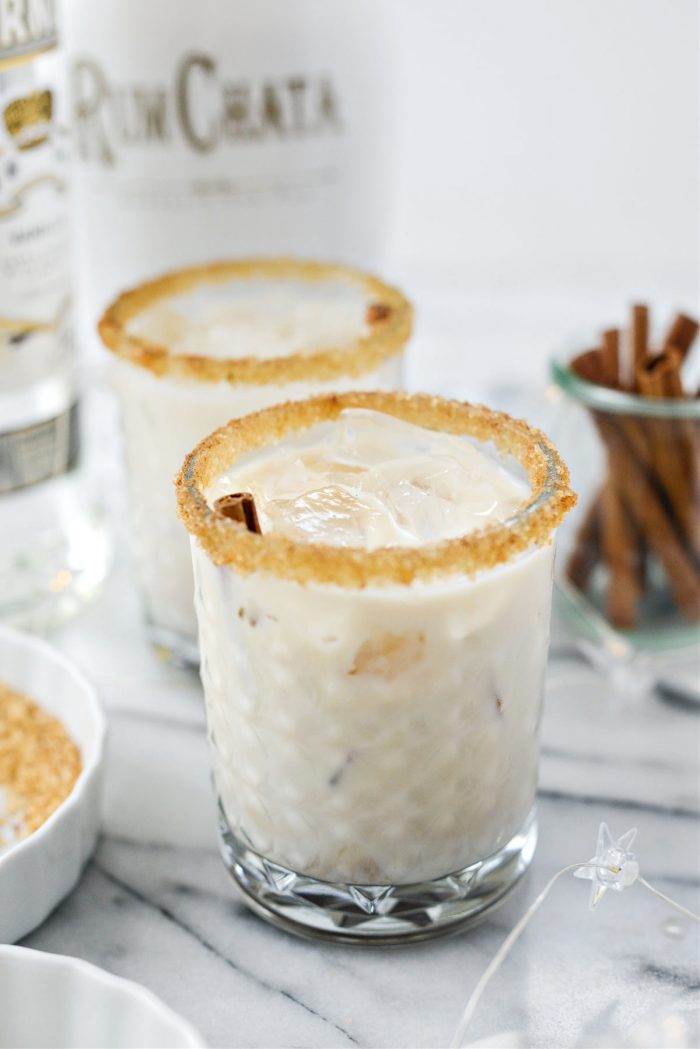 The perfect cocktail to ring in the new year, if I do say so myself. 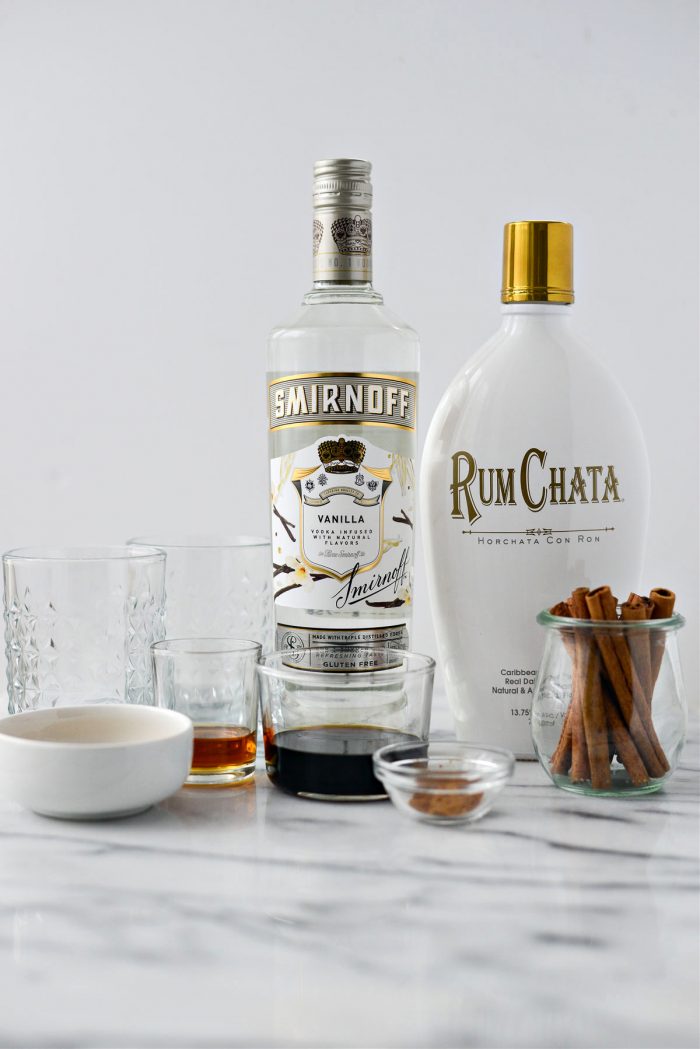 To Make This Cinnamon White Russian You Will Need: 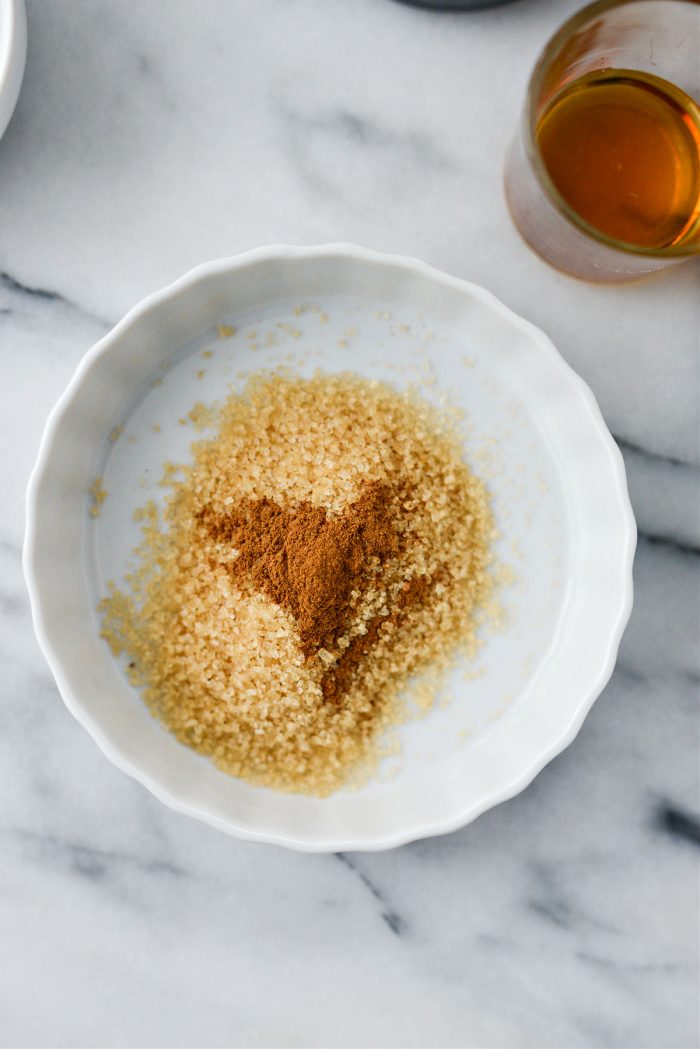 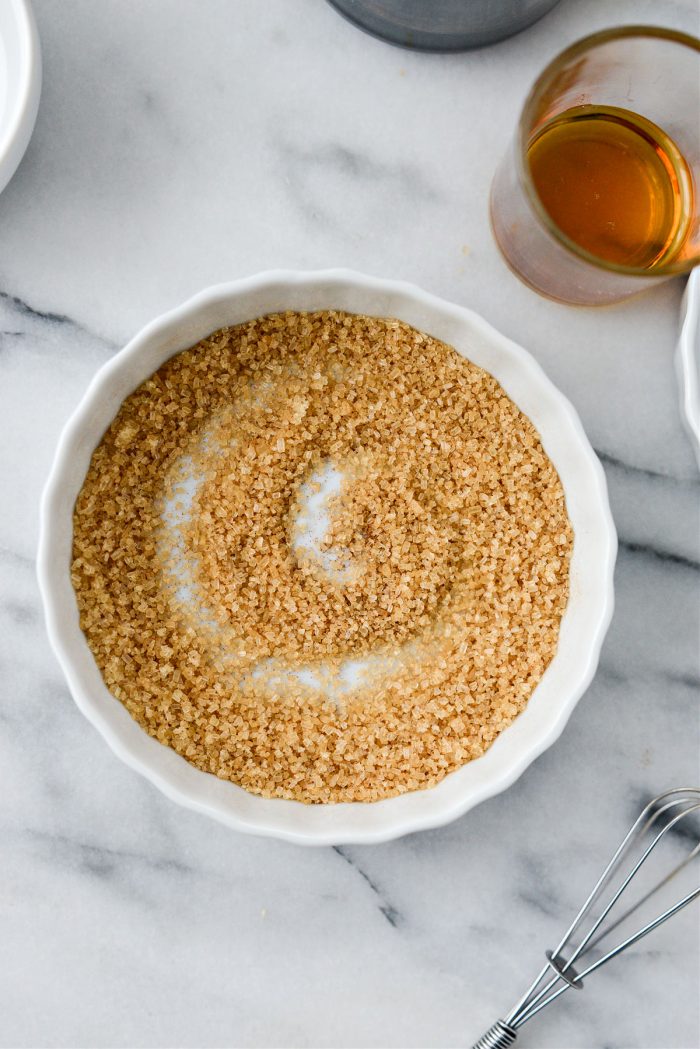 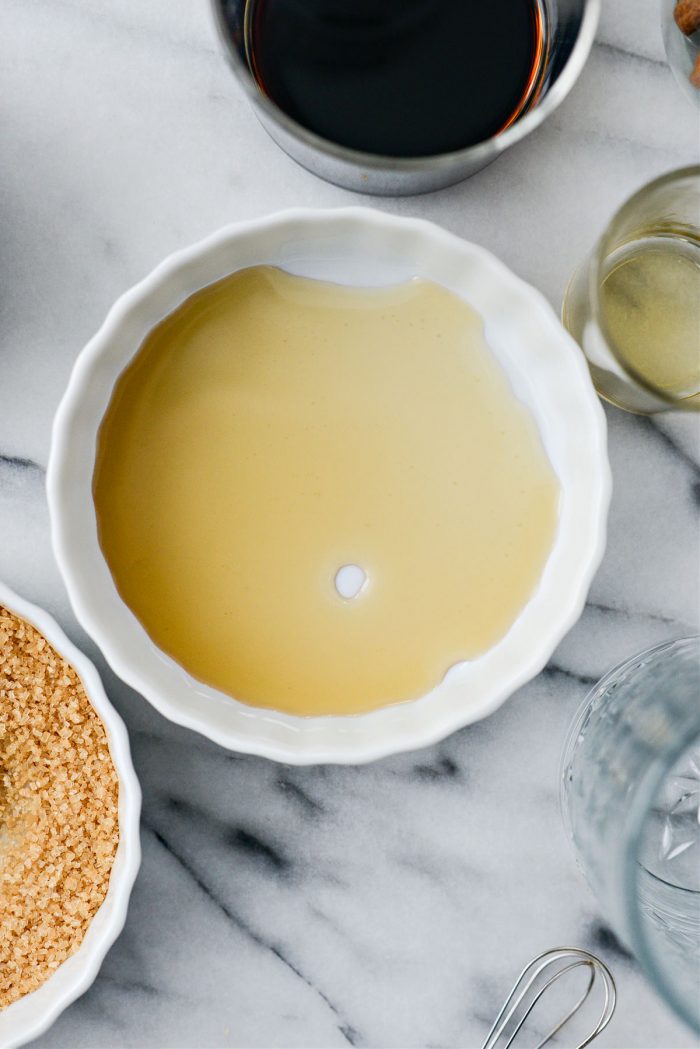 Then in a second shallow dish, add 1 tablespoons pure maple syrup. Again, I eye ball it. 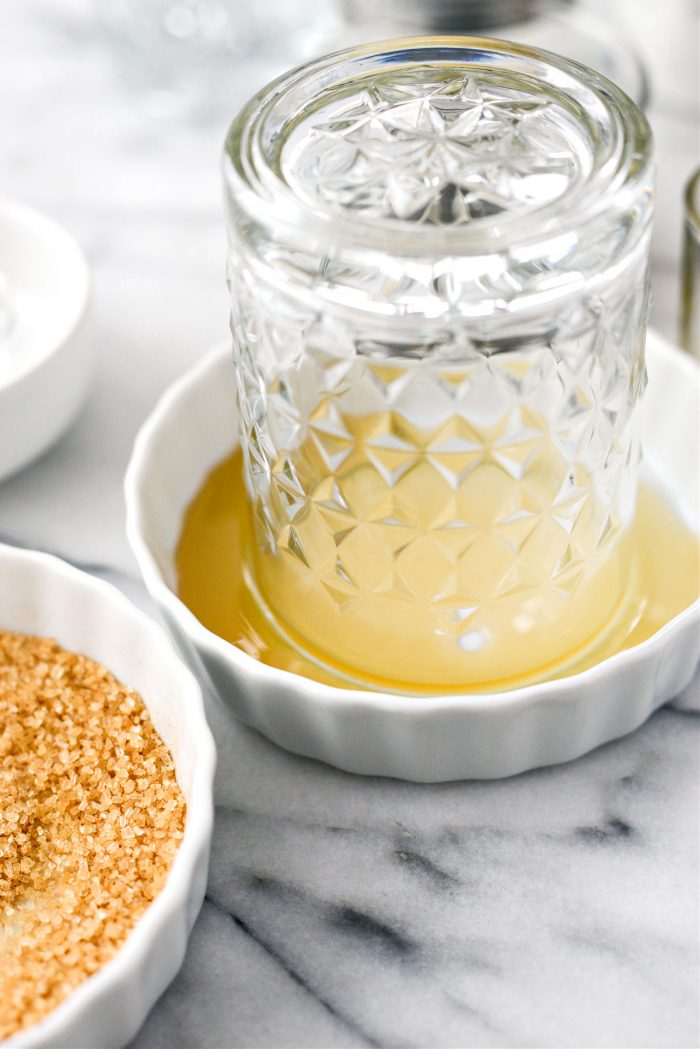 Dip the rim of each glass in the maple syrup, allowing any excess to drip off back into the plate. 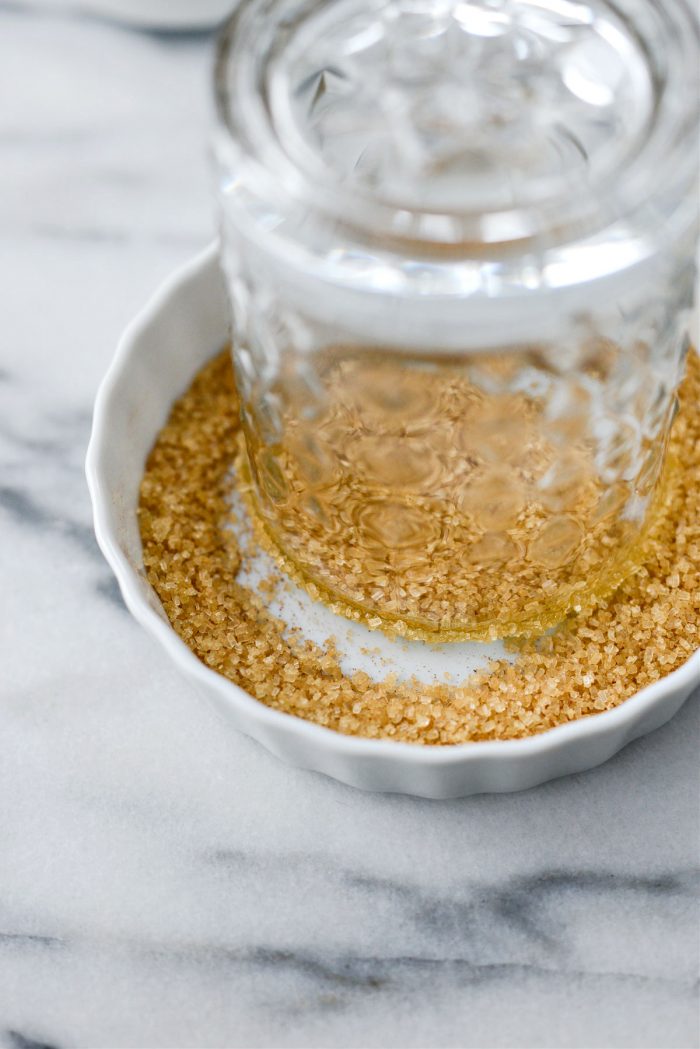 Next, dip each rim in the cinnamon sugar. 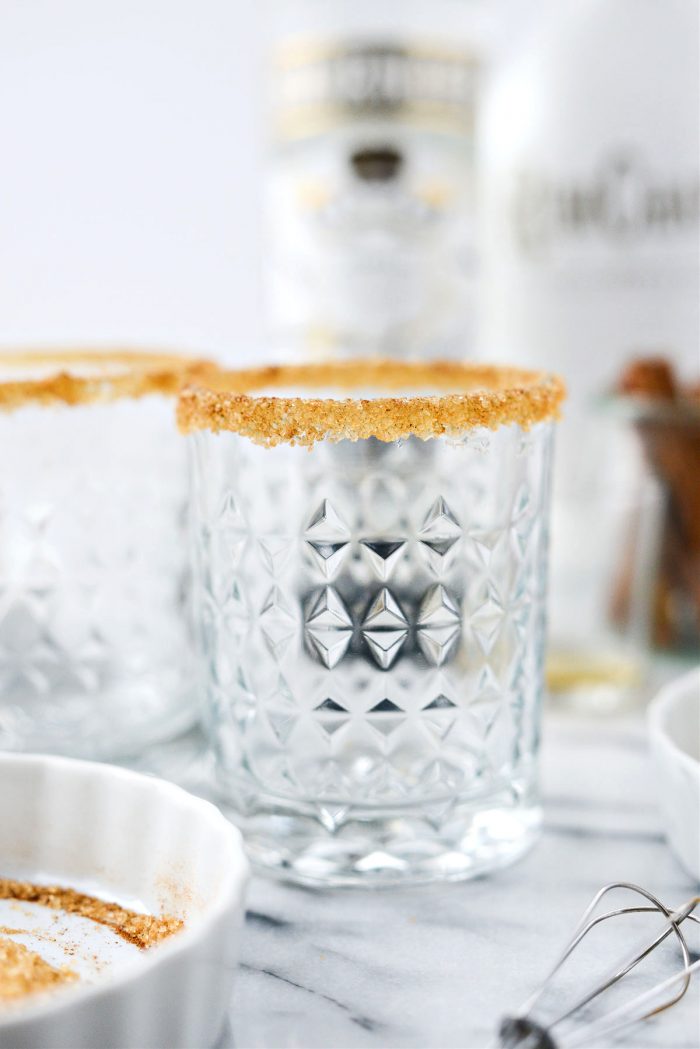 This cinnamon sugar rim is a must in my opinion, it ramps up the cinnamon vibe while adding some whimsy to the cocktail. 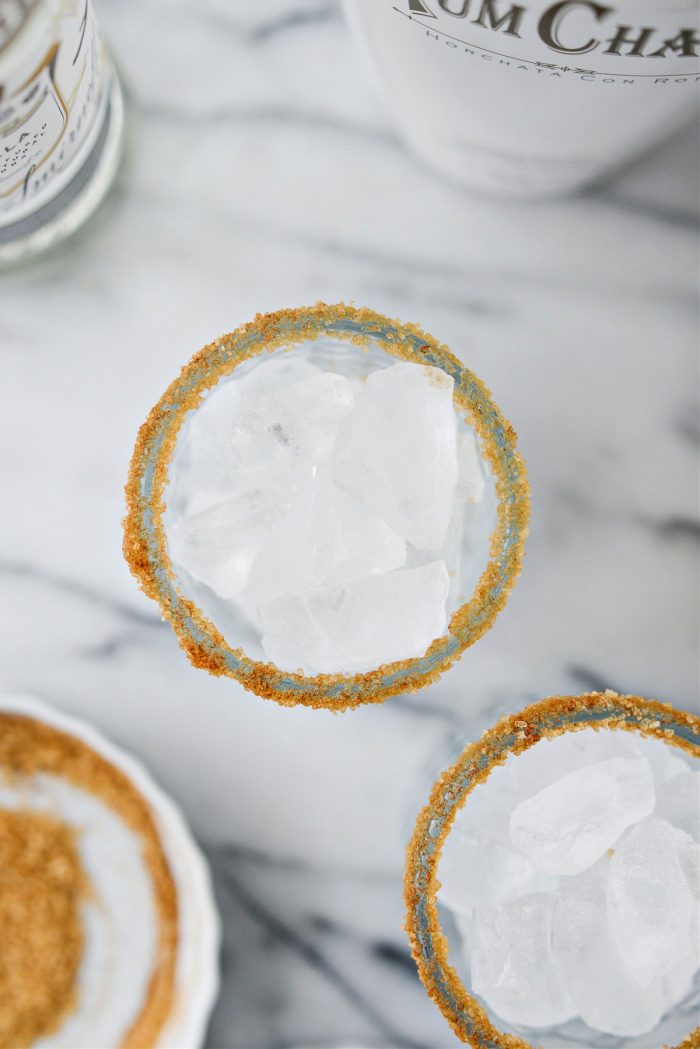 Fill each glass to the top with ice. 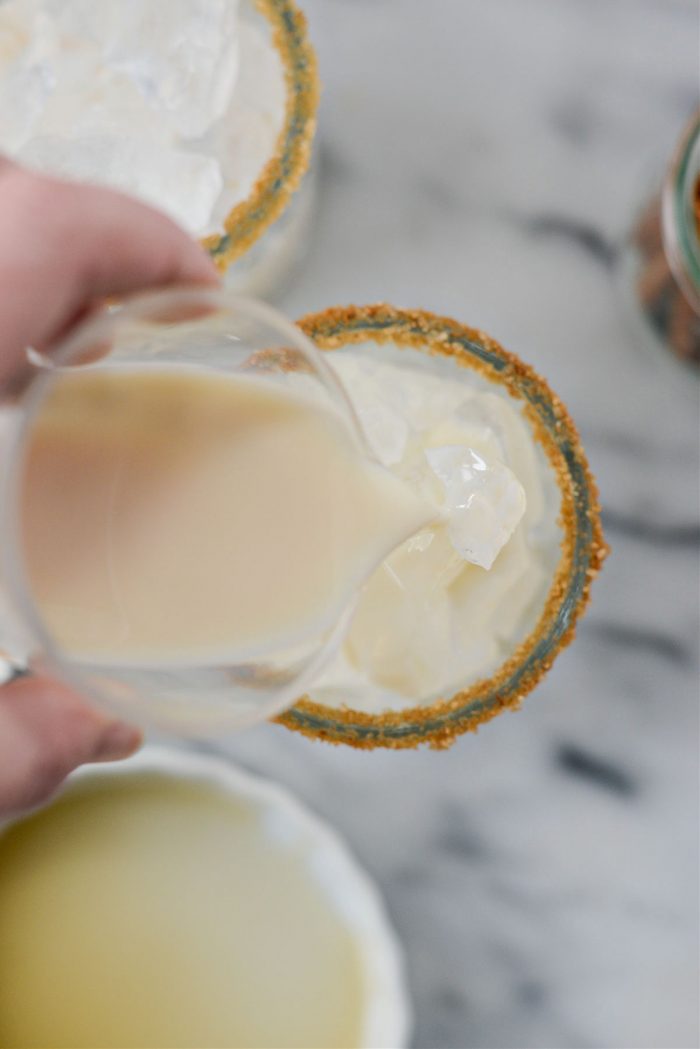 Divide and pour 2 ounces of RumChata into each glass. 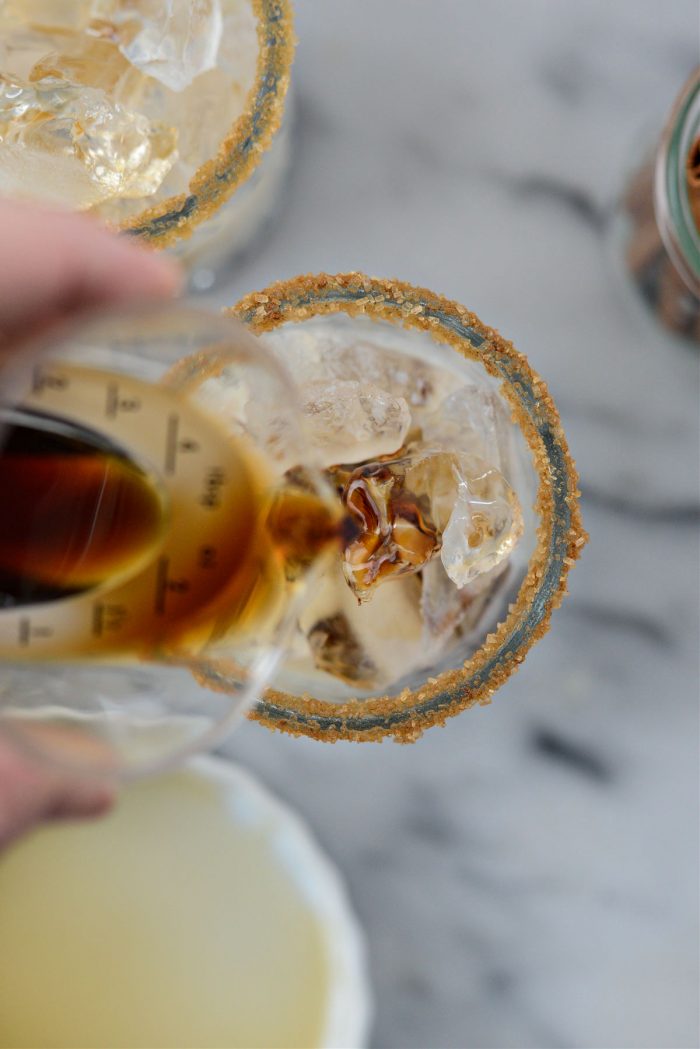 Then measure and add 1 ounce of Kahlúah per glass. 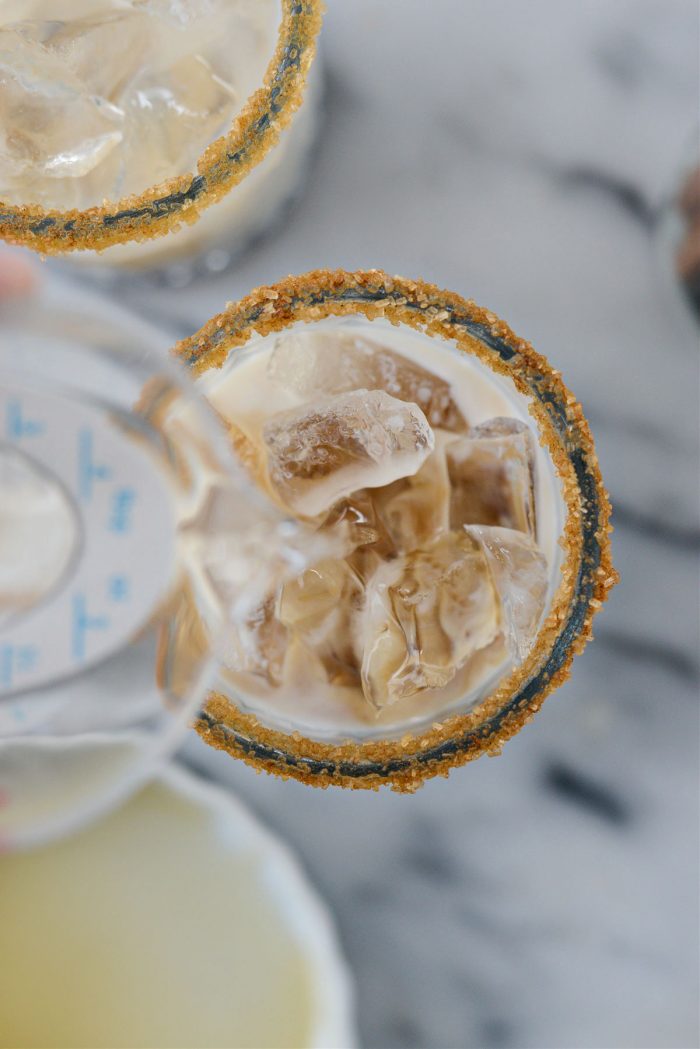 Along with 1 ounce vanilla vodka per glass. 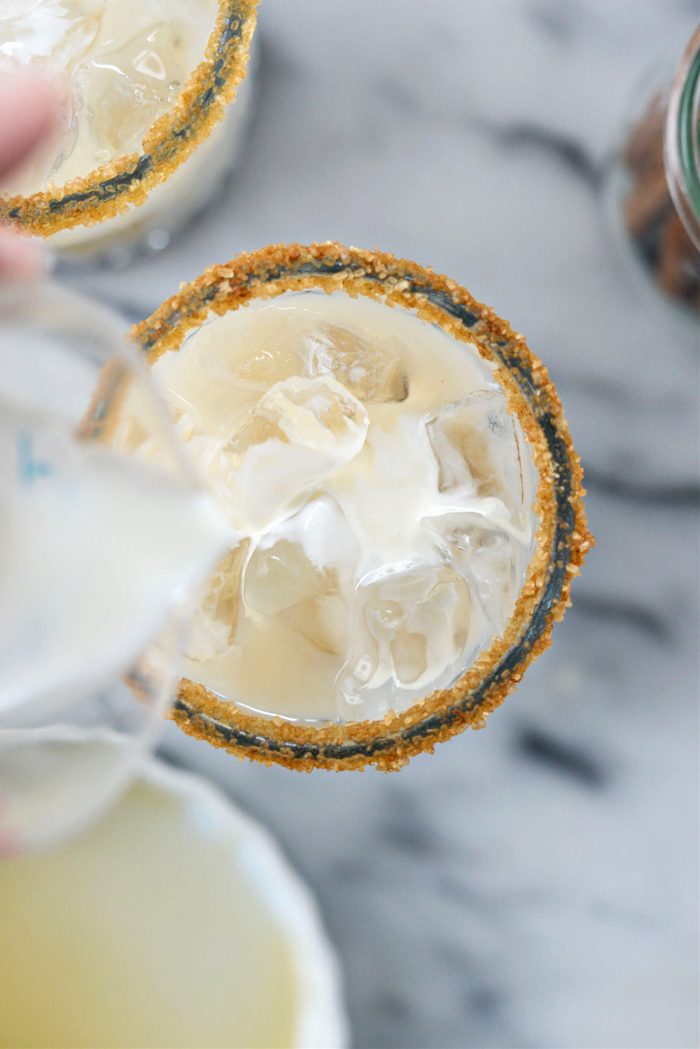 Top with a splash (about 1/2 ounce) of cream into each cocktail. 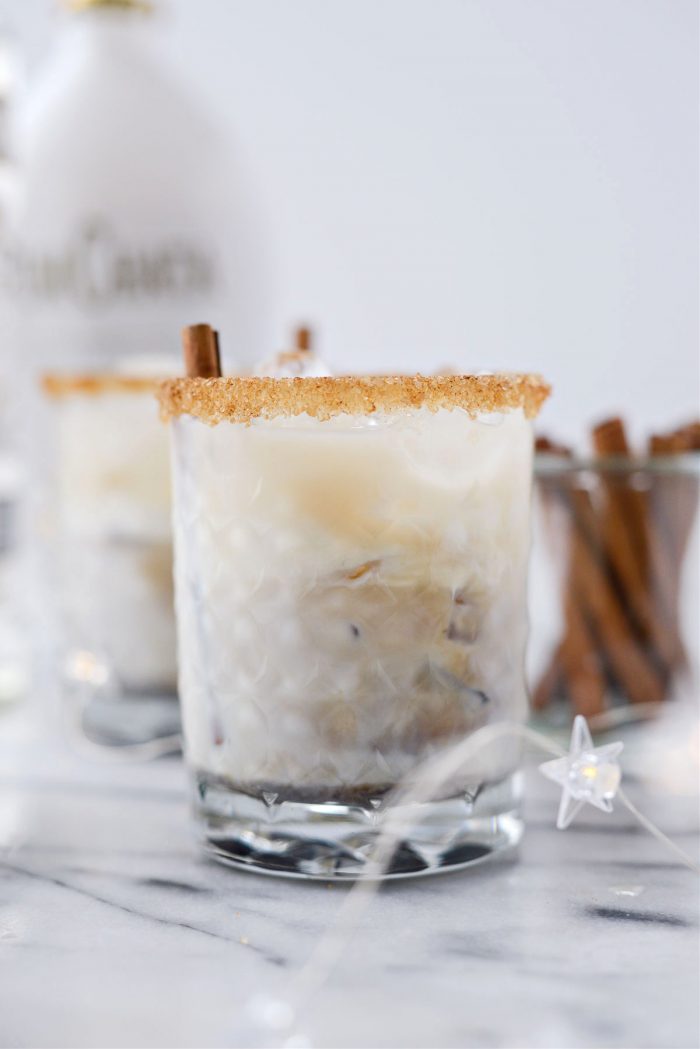 Add a cinnamon stick and stir to combine. 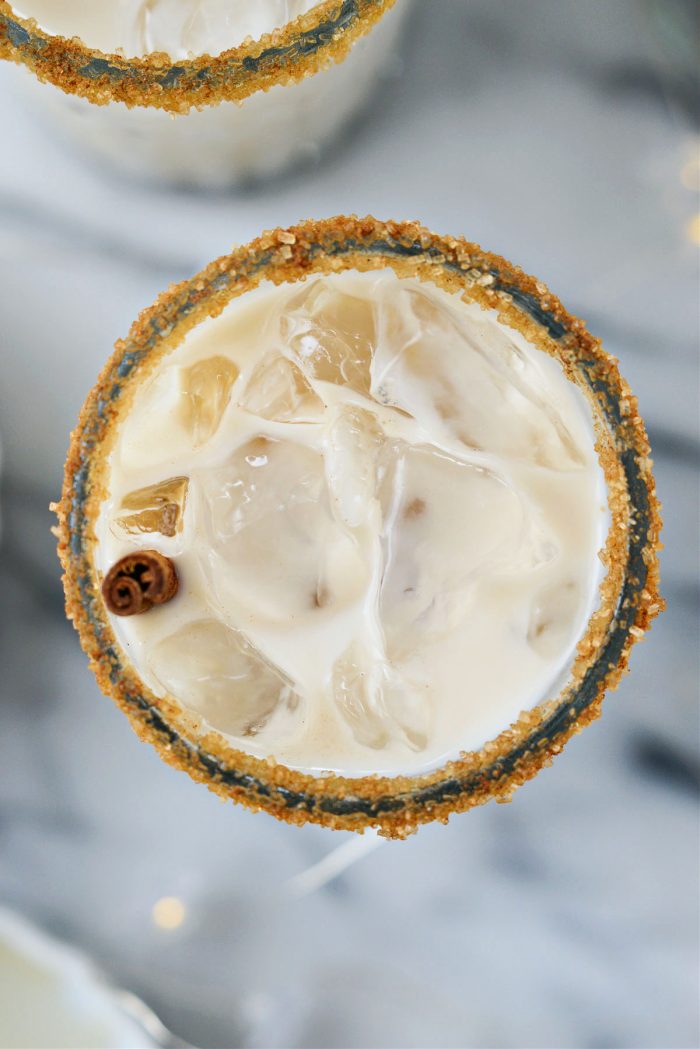 I love the cinnamon with the Kahlúah and cream! SO good!

This is no doubt a simple, cozy cocktail that I’m know you will love too! 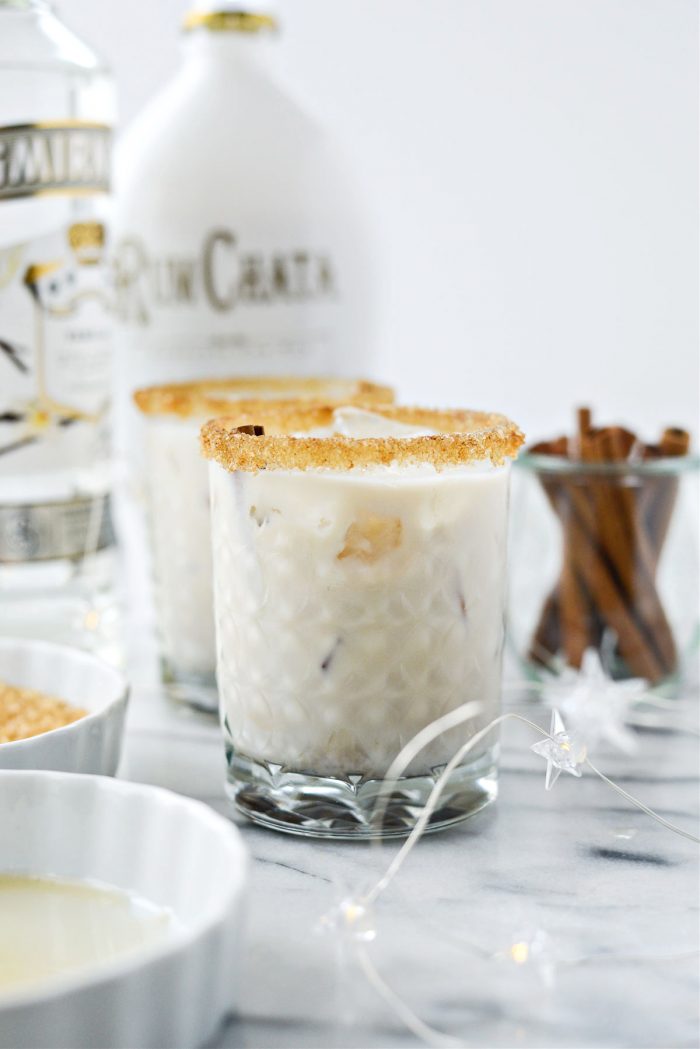 And as always, please drink responsibly. 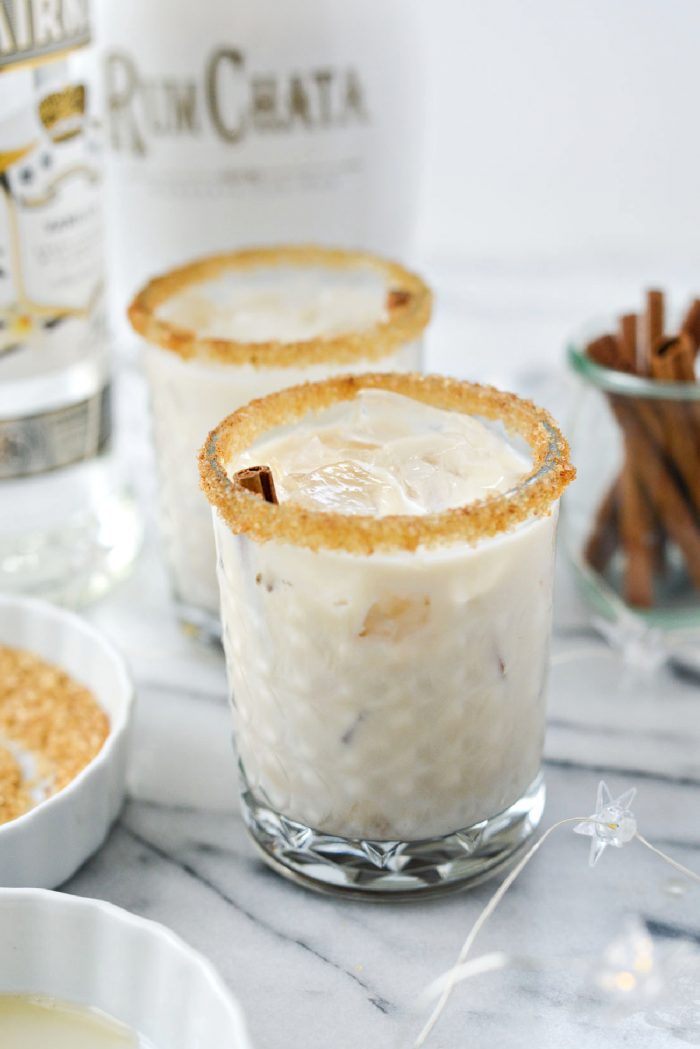 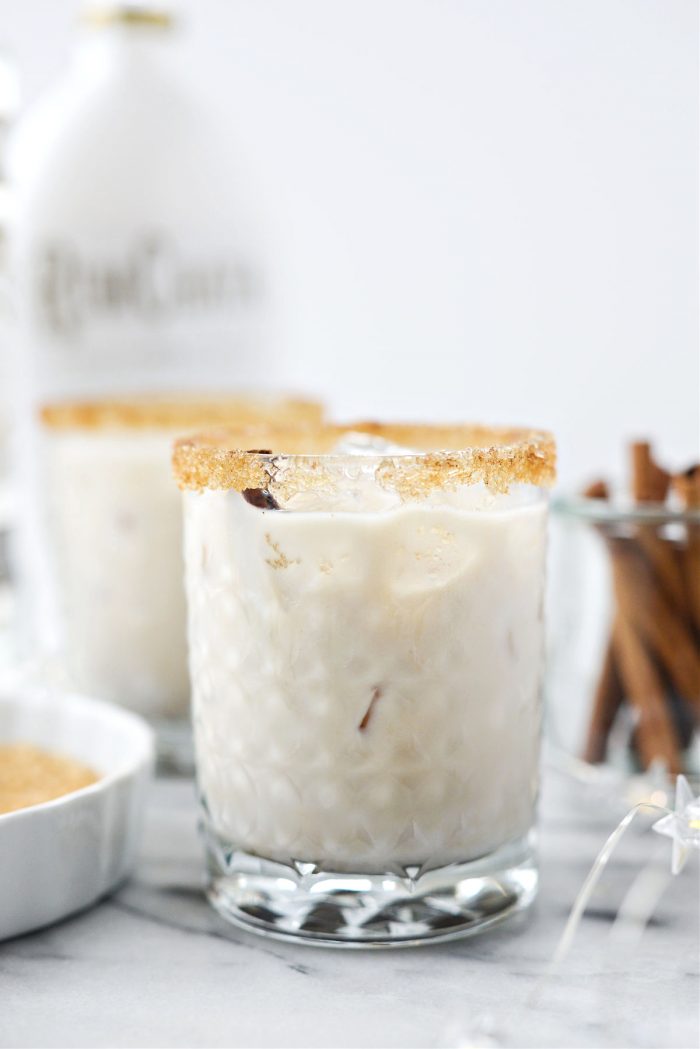 Enjoy! And if you give this Cinnamon White Russian recipe a try, let me know! Snap a photo and tag me on twitter or instagram! 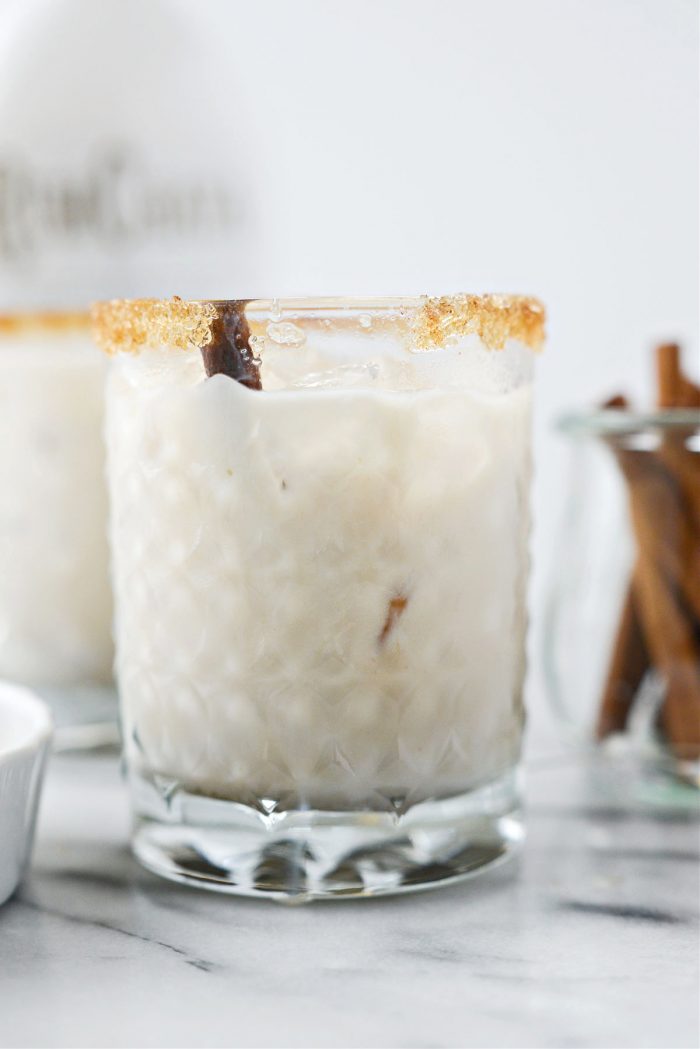 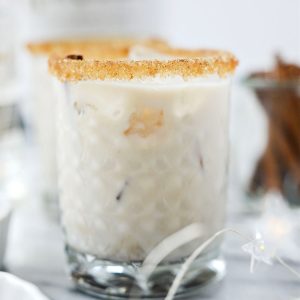 A Cinnamon White Russian is a fun spin on a classic cocktail. RumChata, Kahlúah, vanilla vodka and a splash of cream is served over ice with a cinnamon sugar rim. This recipe will serve 2 but can easily be halved or doubled.
Prep Time: 5 mins
Total Time: 5 mins