Crisp and refreshing, an Apple Cider Moscow Mule taste like fall in a mug! Apple vodka and fresh apple cider gets topped off with ginger beer and a squeeze of fresh lime. This recipe serves 2 but can easily be scaled up to serve more.

I love a good Moscow Mule in a chilled, frosty copper mug.

Just me? A few years ago I shared my first mule. It was a late fall/early winter cranberry version, but this year I was playing around with the idea of an apple cider version and well, this now makes 3 Moscow mule recipes on simply scratch. 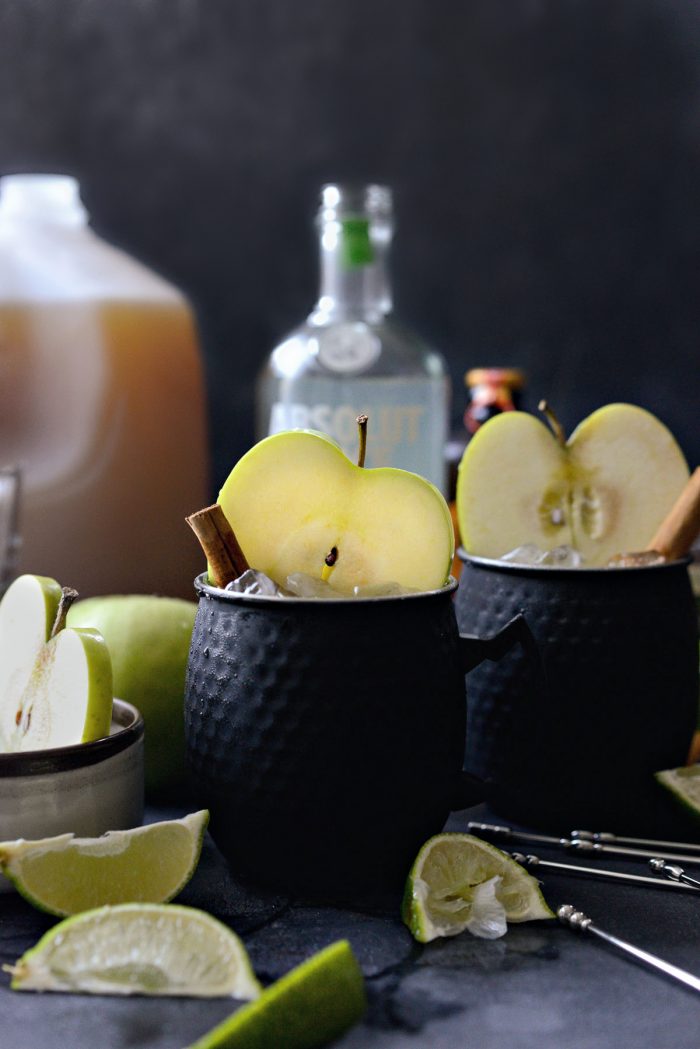 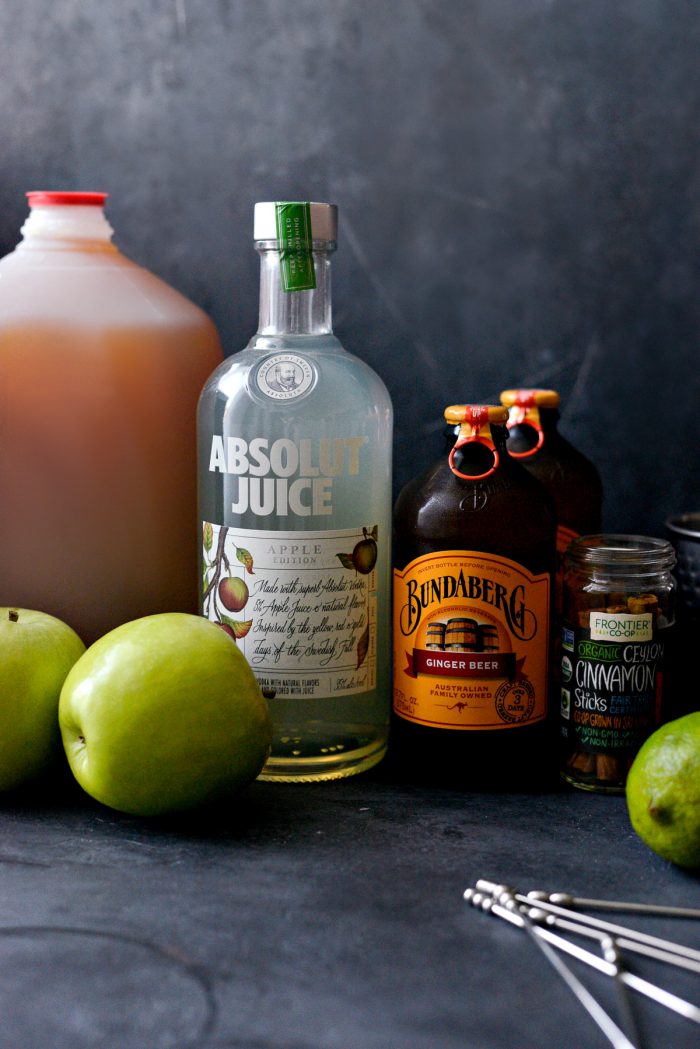 To Make An Apple Cider Moscow Mule You Will Need: 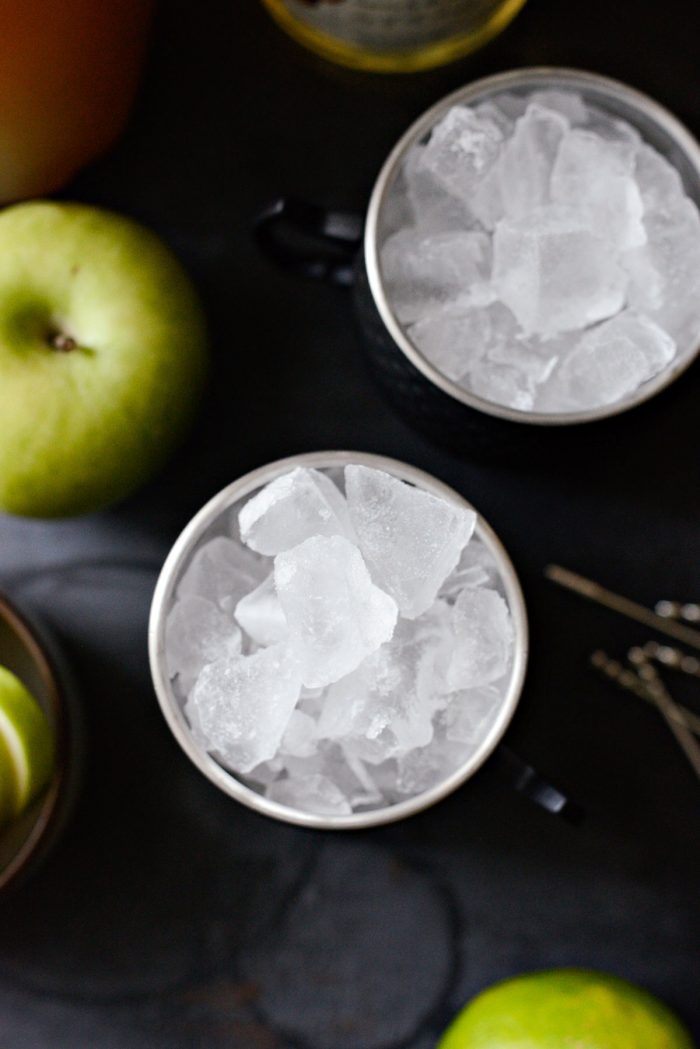 Start by filling your cups with ice. 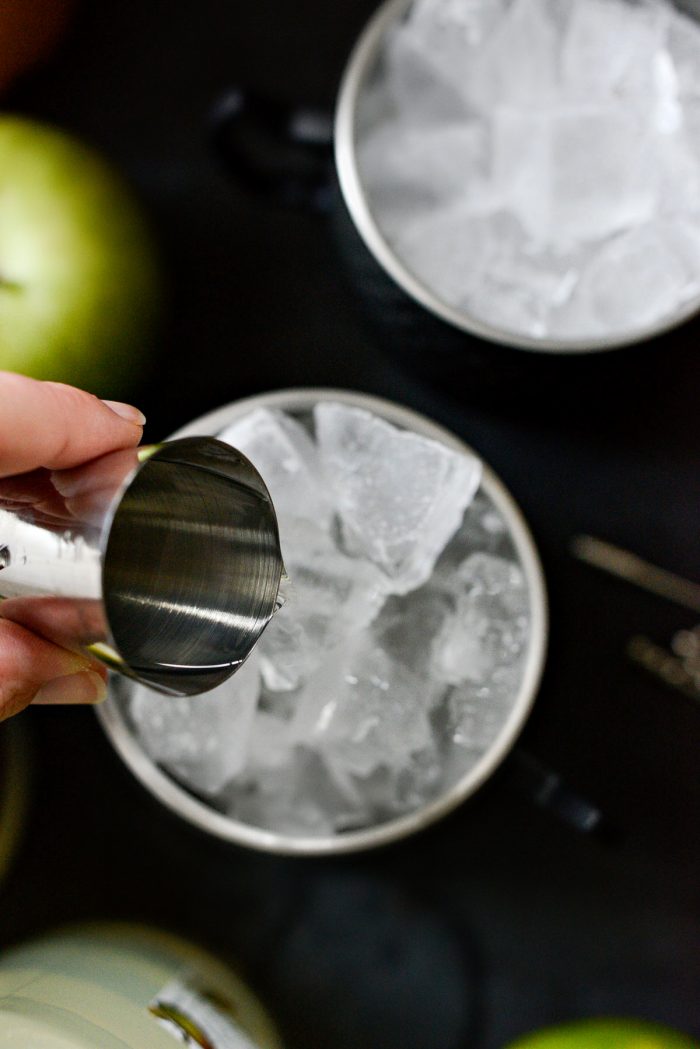 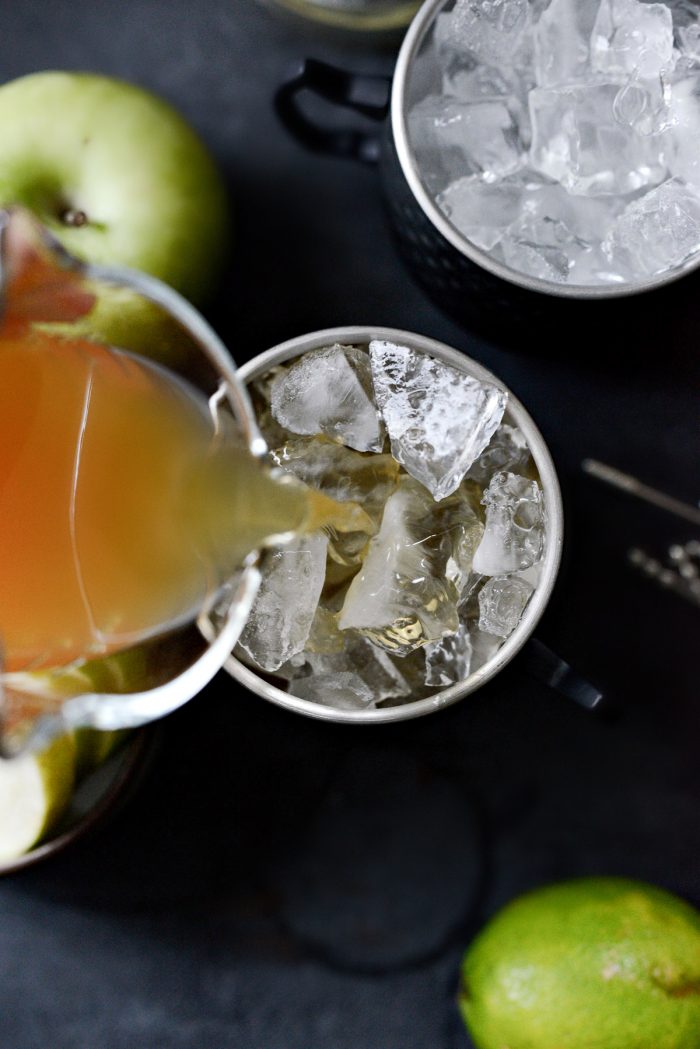 Then pour in 4 ounces apple cider. 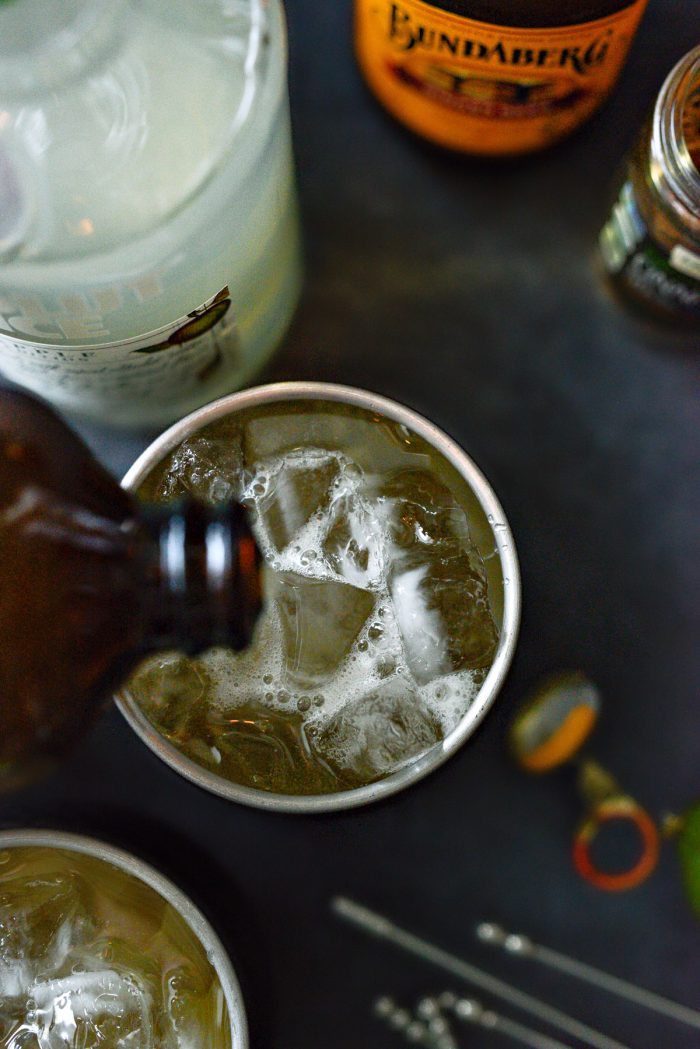 Lastly, fill the mugs with ginger beer and a squeeze in a wedge of lime. 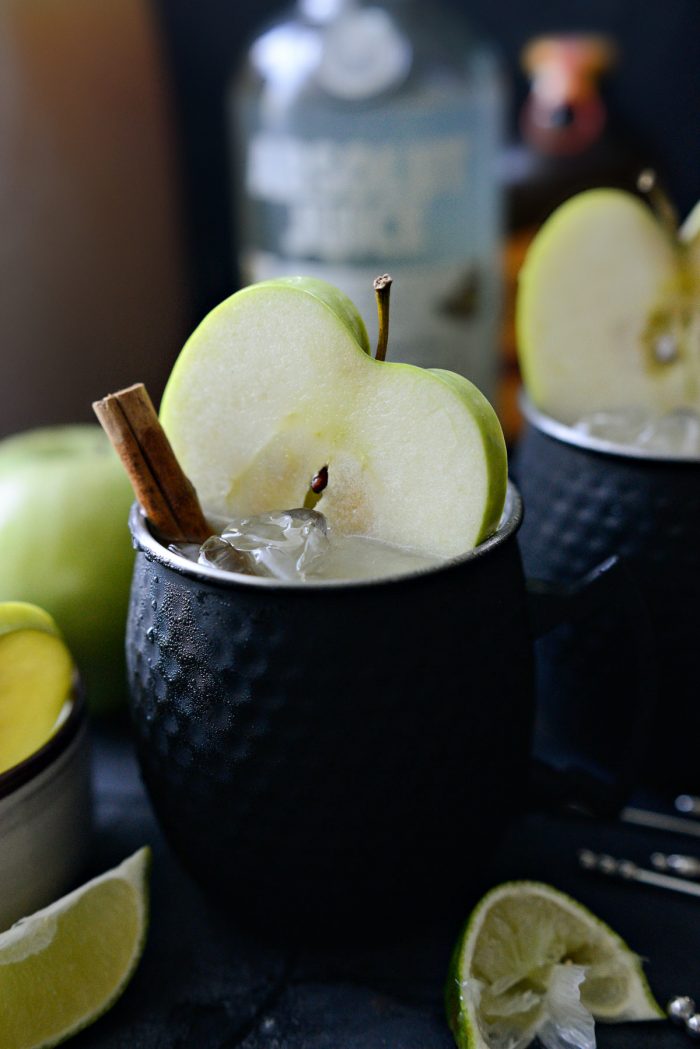 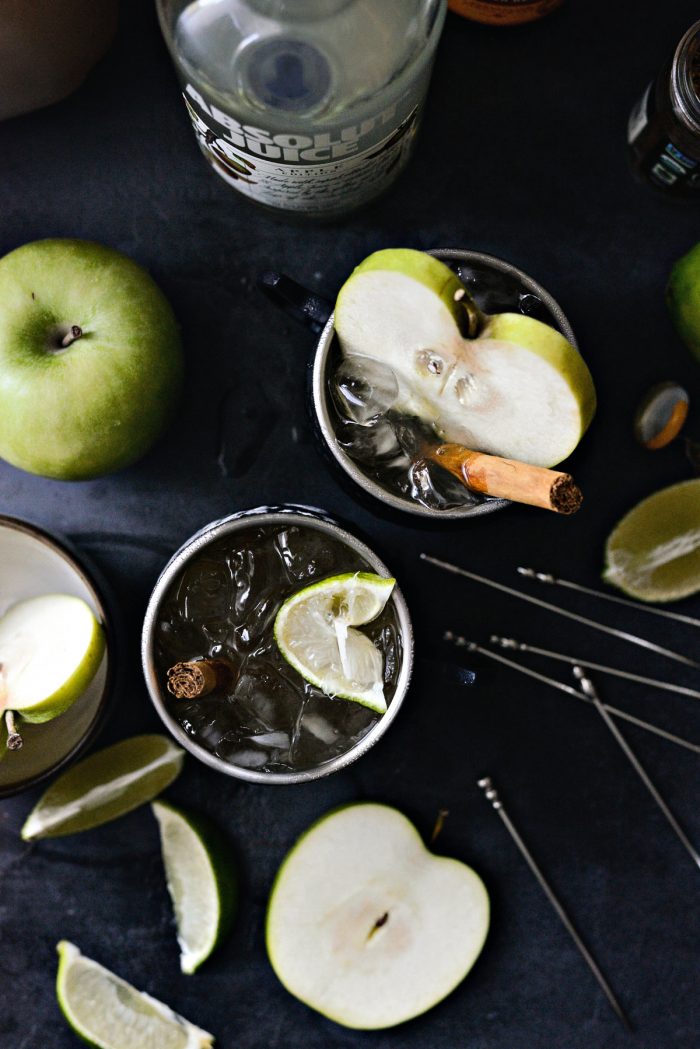