It’s fall and that means Apple Cider Doughnuts! Like literally there is apple cider running through the veins of this superb doughnut recipe! Make these. Love these. And send me any extras! The Tiger’s winning the World Series and the fact that you’re pretty much gonna want to make these Appel cider doughnuts… like yesterday. 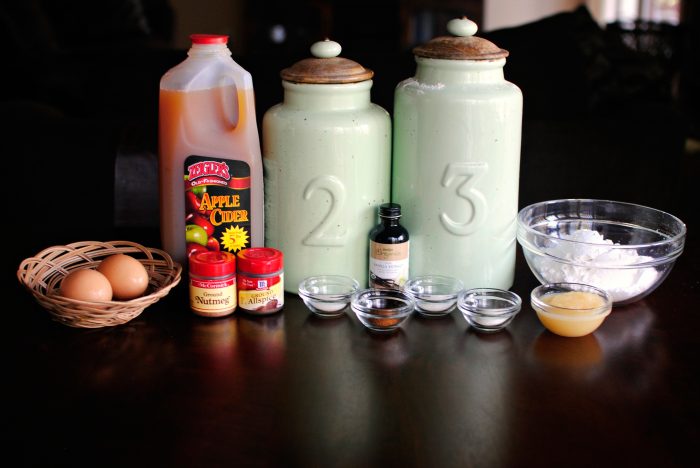 To Make These Apple Cider Doughnuts You Will Need: 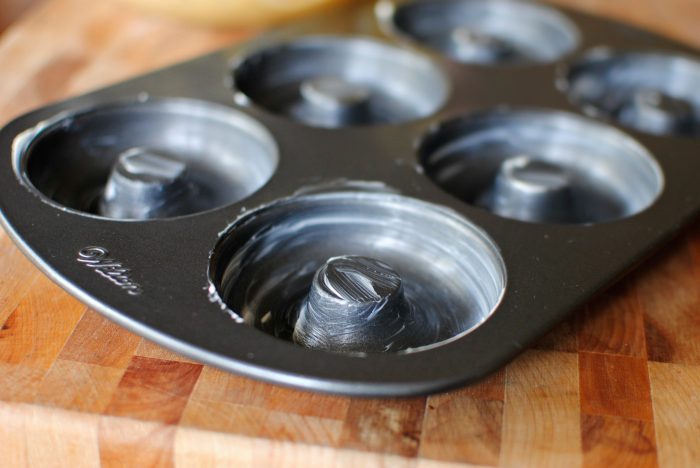 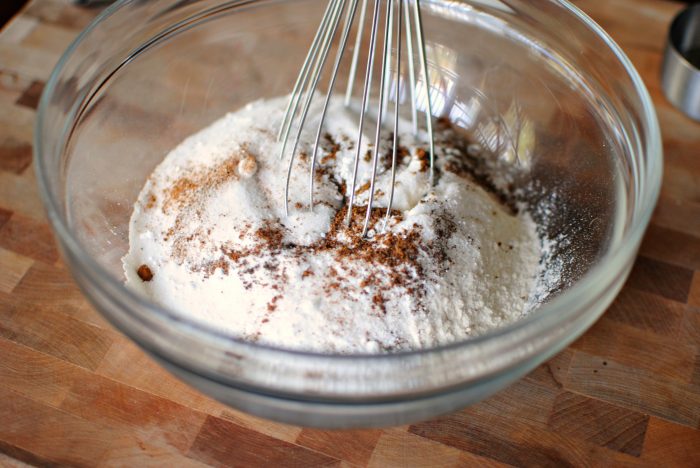 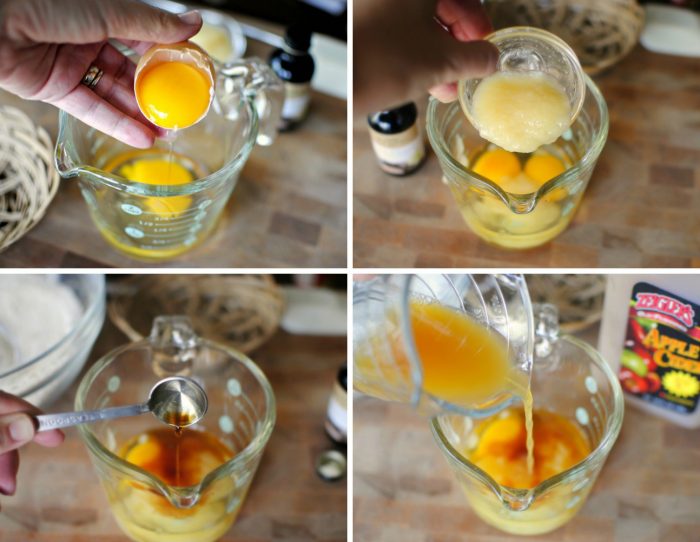 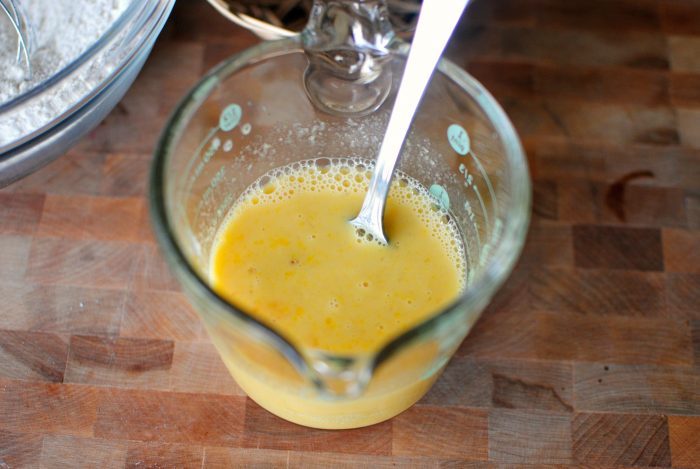 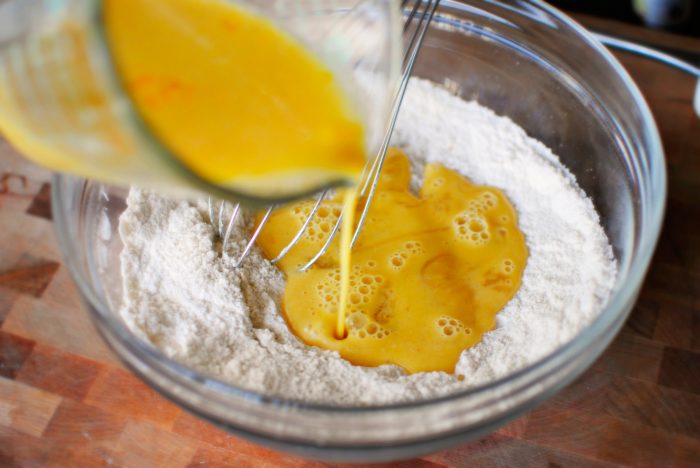 Pour the wet into the dry. 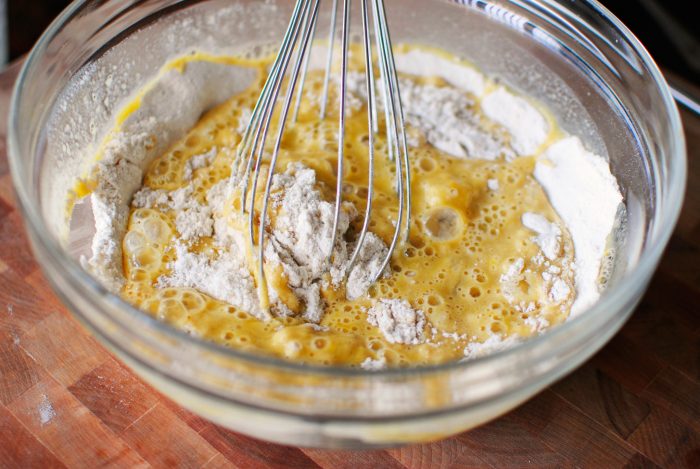 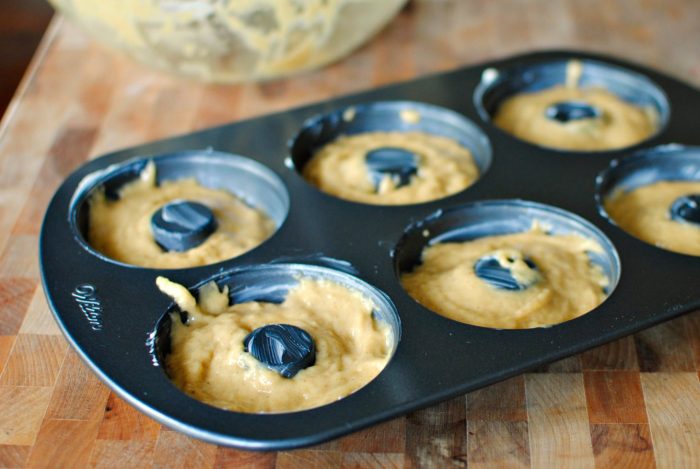 Divide the batter among the pans. 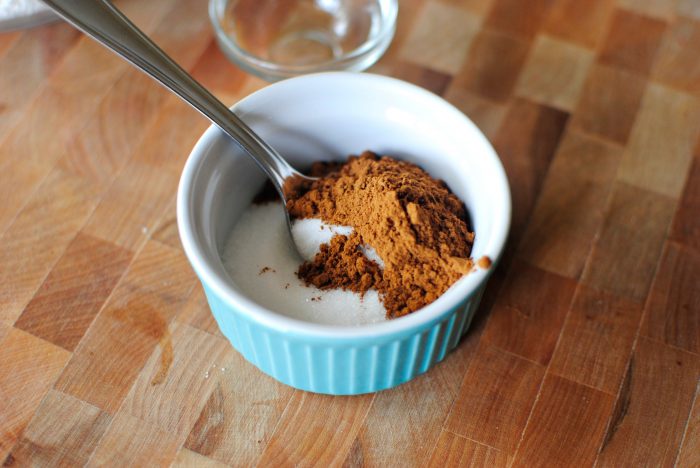 In a small bowl, combine 1/4 cup sugar with 1 tablespoon ground cinnamon and set aside. 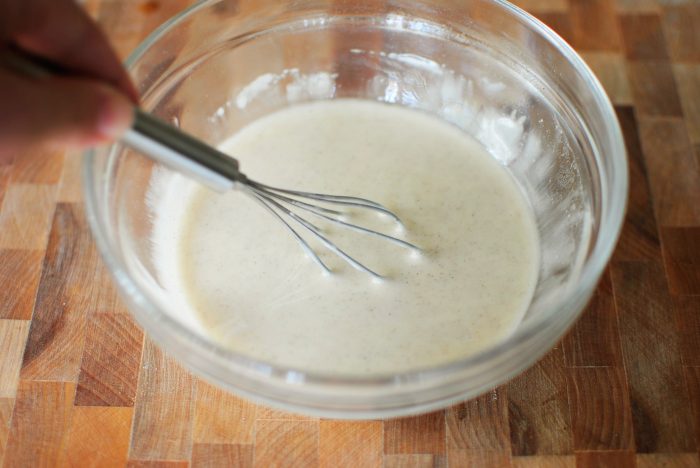 To make the glaze, combine 1-1/4 cups powdered sugar with 1/4 teaspoons allspice and whisk in 1 to 2 tablespoons apple cider. 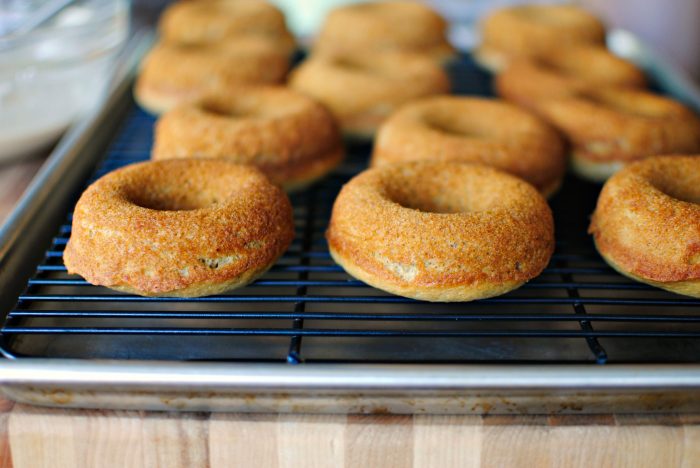 Once bake, turn out onto a wire rack to cool. 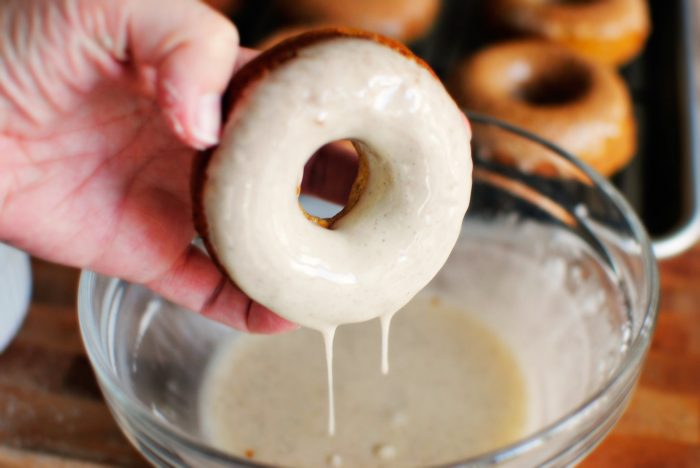 Dip each doughnut into the glaze. 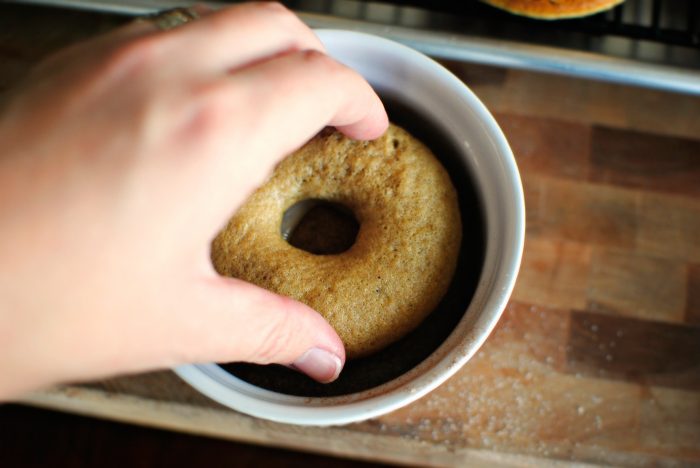 And then lightly press into the cinnamon sugar. 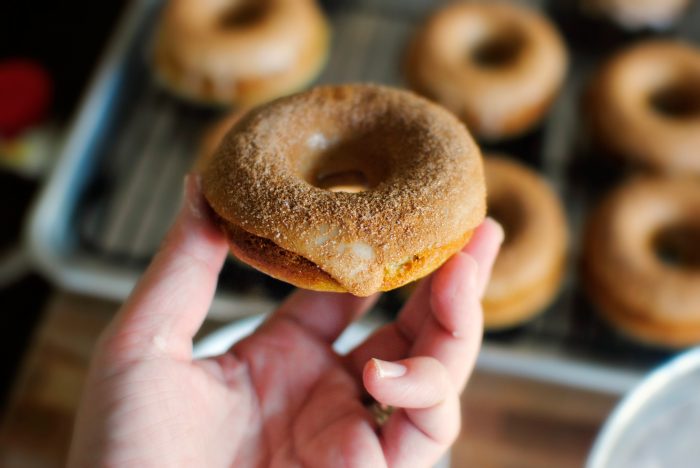 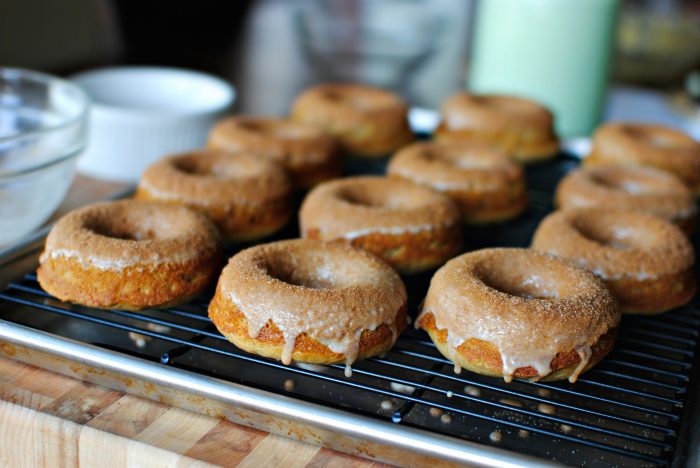 Repeat with the remaining doughnuts. 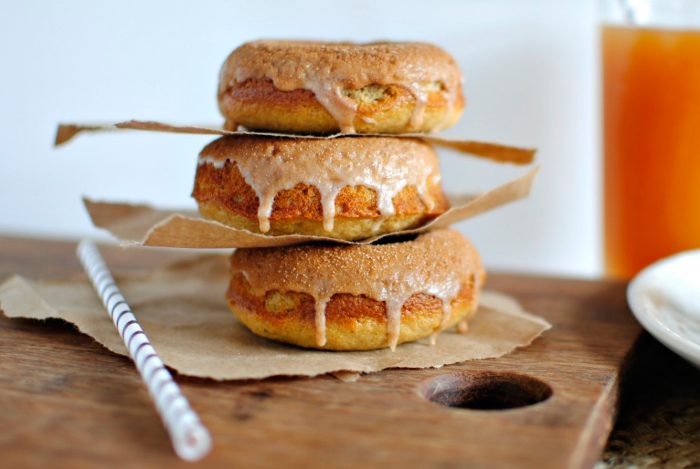 Spike with apple cider, these doughnuts are moist {there I go using that M-word again} and then drenched in a apple cider gooey-glaze and then if that’s not enough to sell you on it… you dip them in cinnamon sugar. Oh yes… I am serious. 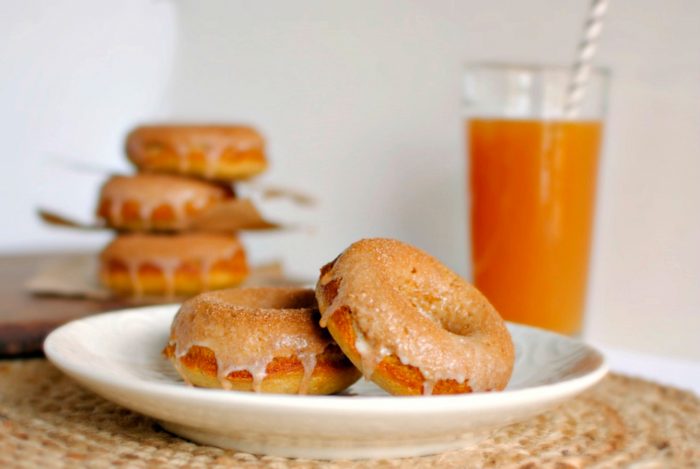 Enjoy! And if you give this Apple Cider Doughnuts recipe a try, let me know! Snap a photo and tag me on twitter or instagram! 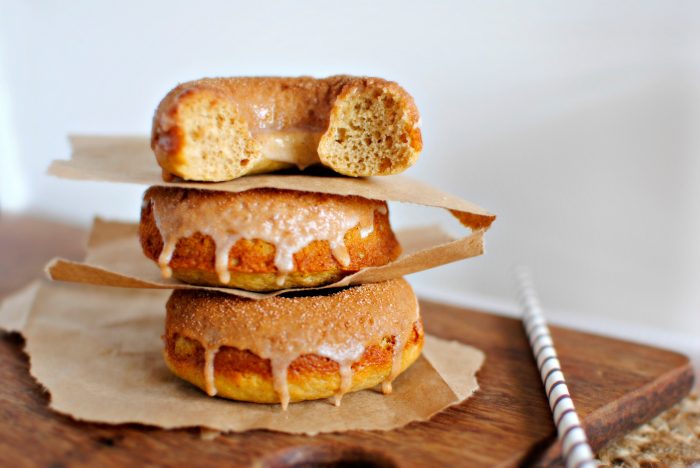 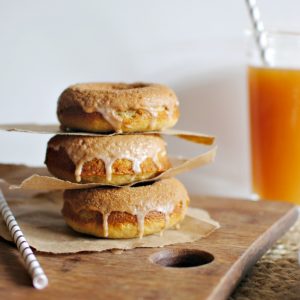 It's fall and that means Apple Cider Doughnuts! Like literally there is apple cider running through the veins of this superb doughnut recipe! Make these. Love these. And send me any extras!
Prep Time: 10 mins
Cook Time: 10 mins
Total Time: 20 mins

FOR THE CINNAMON SUGAR: