I am totally smitten with these Mississippi Mud Brownies. A moist brownie layered with chocolate chips, topped with melted crunchy peanut butter, marshmallows, sprinkled with toasted pecans and lacquered with a thin layer of frosting. You want them don’t you? 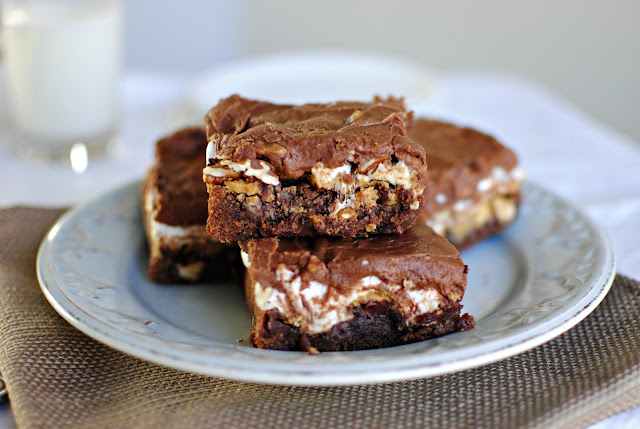 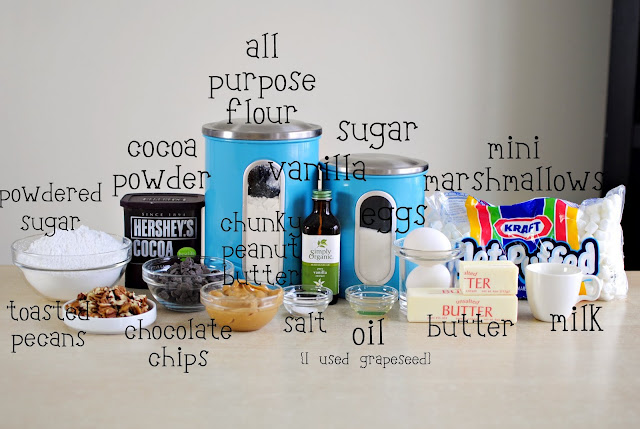 These brownies require a few basic pantry ingredients, and they take less than 30 minutes to prepare! I chopped the toasted pecans ahead of time to quicken the process a bit. 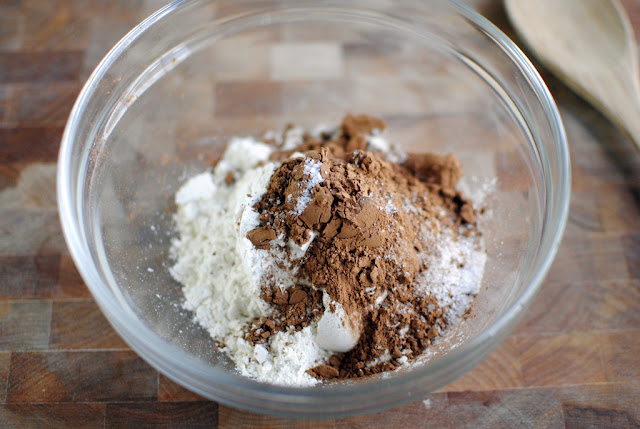 Start off by measuring the flour, cocoa powder and salt. Add them into a small bowl. 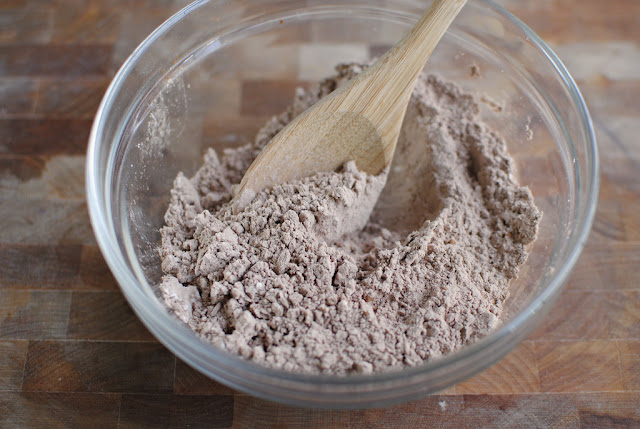 Stir to combine and set aside. 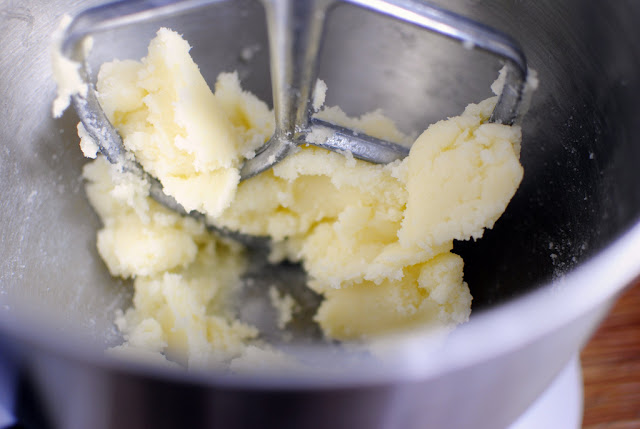 Cream the stick of butter along with a cup of sugar until light and fluffy. 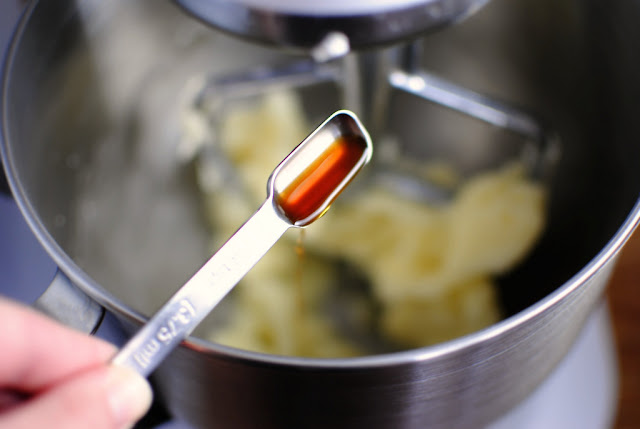 Next add in the vanilla extract. 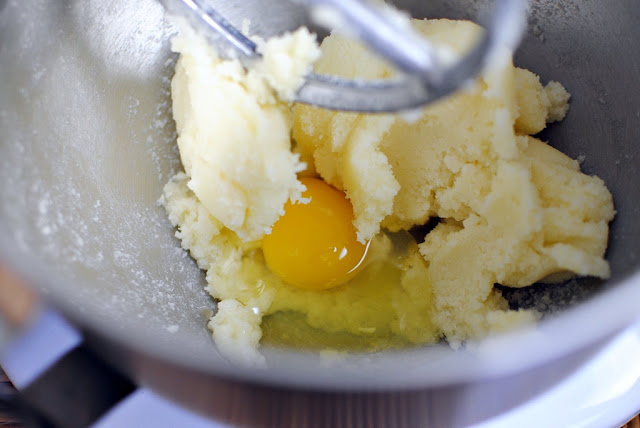 Add one egg at a time and blend well after each addition until both are incorporated. 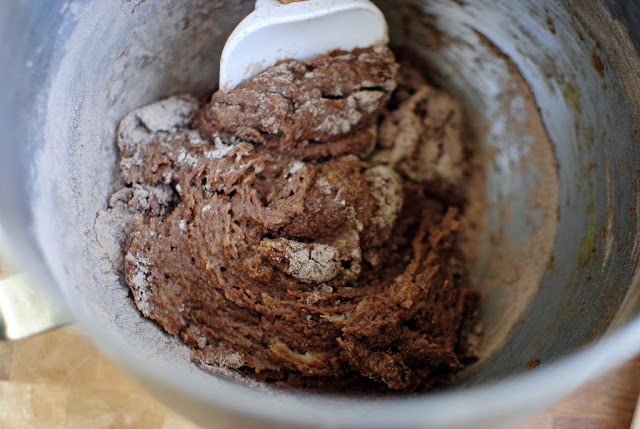 Add the dry ingredients in with the sugar/butter mixture and stir to combine. 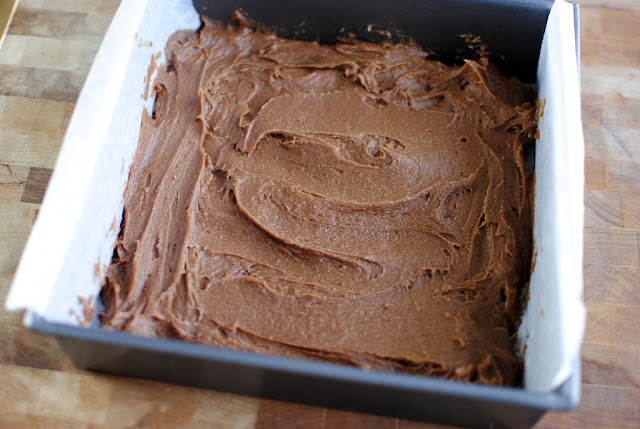 Spread the brownie mixture into the bottom of a lined 8×8 square pan. 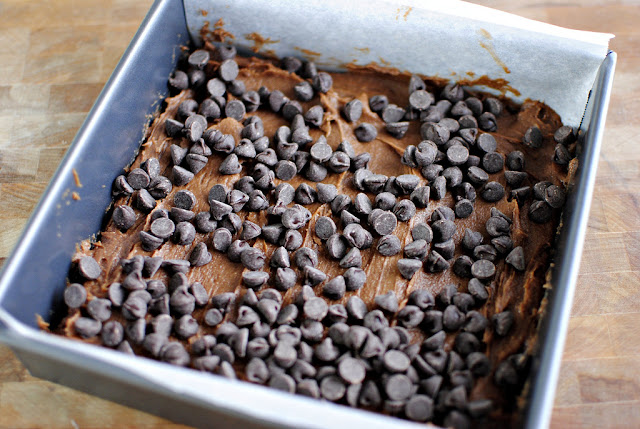 Sprinkle with chocolate chips and pop into a 350ºF oven for about 20-22 minutes. 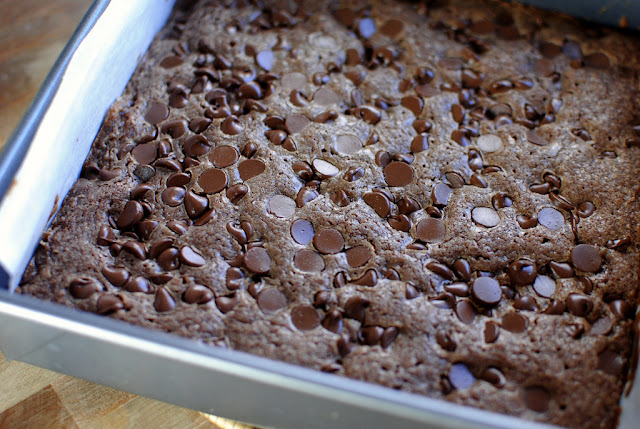 Once the brownies have baked, here comes the really fun part. 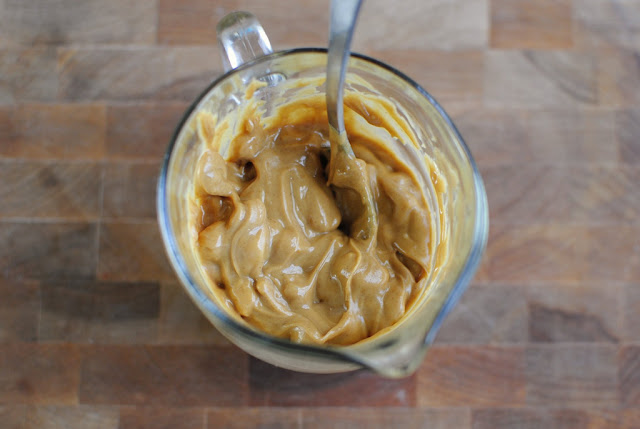 Start by mixing oil in with some warmed peanut butter. 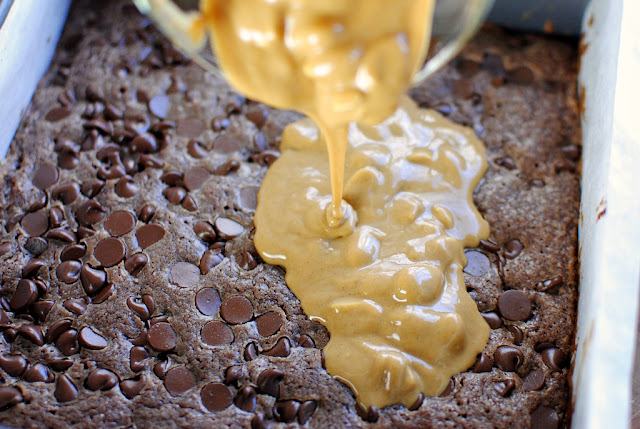 Then evenly pour the peanut butter all over the warm brownies. 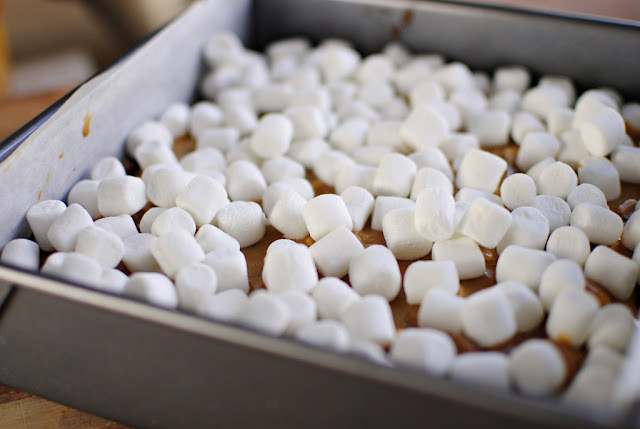 Sprinkle 2 cups of marshmallows over the peanut butter. Bake in the oven for 3 minutes, just to puff up the marshmallows. 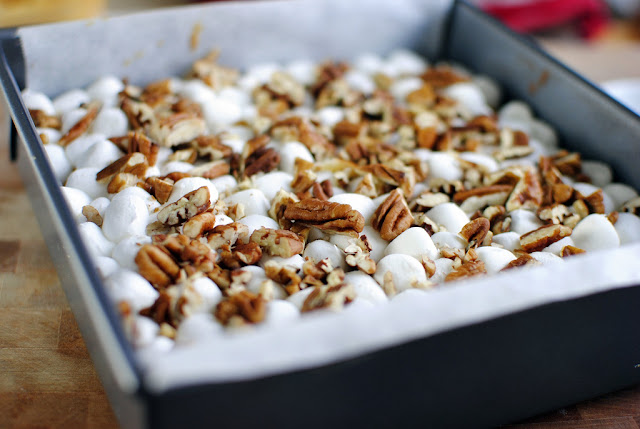 Top with the chopped toasted pecans and set aside to cool. Now it’s time to make the frosting! 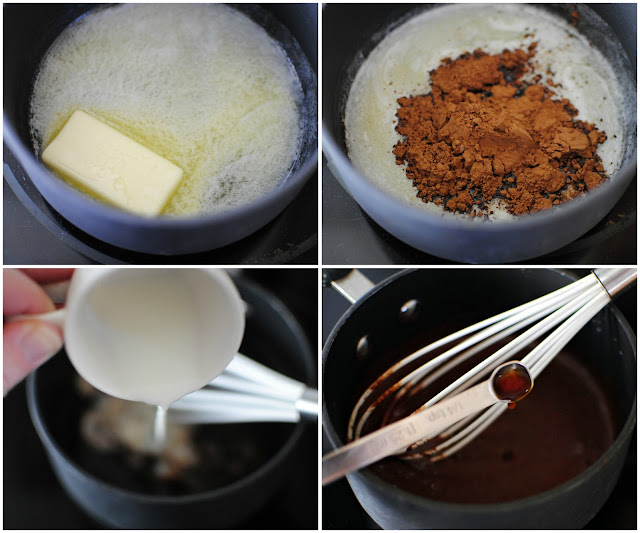 In a small pan, melt 4 tablespoons of unsalted butter. Next add in the cocoa. Stir and gradually pour in the milk. Heat the chocolate mixture until just about boiling, remove from the heat and add the vanilla extract. You could also add the vanilla to the frosting once it’s been mixed. 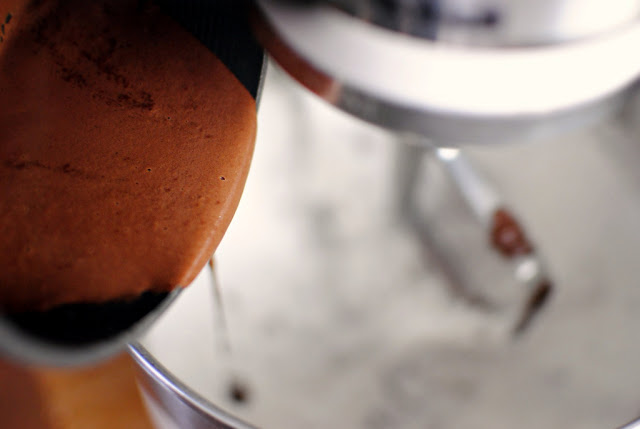 In a mixing bowl that contains 2 cups powdered sugar and 1/8 teaspoon salt, pour in the warm chocolate mixture while the mixer is on low speed. 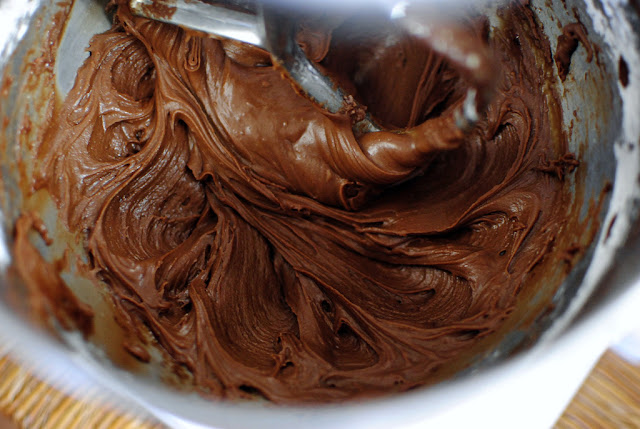 Scraping down the sides as you go, mix until the powdered sugar is absorbed into the chocolate. If the frosting looks too thick, add a tablespoon or two of milk to thin it out. 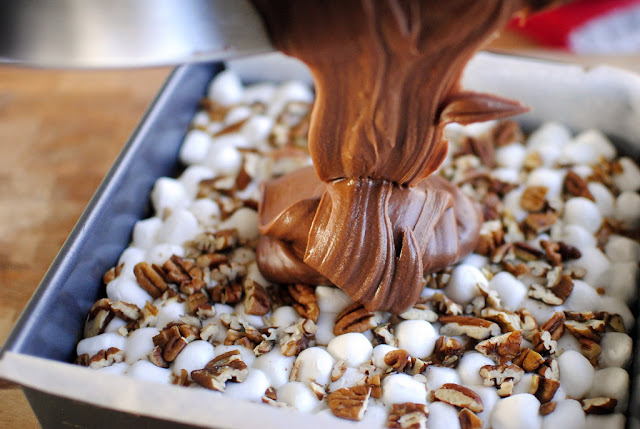 Pour over the pecans and marshmallows. 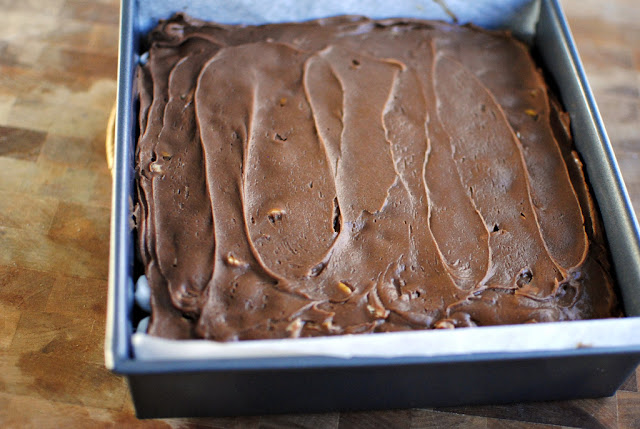 After I poured the icing over top, I realized my frosting must have cooled down too much because the icing didn’t melt into the crevices of the pecans and marshmallow. So I just spread the frosting out evenly. Once cooled enough, I placed the pan into the fridge for an hour or two. It wasn’t until I removed the Mississippi Mud Brownies and pulled back the parchment paper did I realize what I was in for. These bars contain everything that I love in life. And it was almost too pretty to eat.

This is exactly what one needs to get over the cold weather and post holiday blues. Just be sure to pour yourself a giant glass of milk, because these brownies are rich and will definitely make you thirsty.

These Mississippi Mud Brownies were so much fun to make and definitely the most decadent brownie I have ever had the pleasure to taste!

Stop by Tasty Kitchen for the printable recipe!

Enjoy! And if you give these Mississippi Mud Brownies a try, let me know by snapping a photo and tagging me on twitter or instagram!