In this Crimson Bacon Popcorn, jewel toned crimson kernels pop and coat themselves in bacon fat. The perfect snack with lots of delicous flavor. Heather, a nurse I work with, and I were talking about the venison stew that I recently had posted. I was enthusiastically telling her how my favorite part in the recipe was browning the venison in bacon fat. She asked me if I’ve ever made popcorn in bacon fat. And my eyes lit up and my jaw dropped! Why didn’t I think of that?

I was immediately excited and going try this on my next day off. Because me + bacon = eternal love! 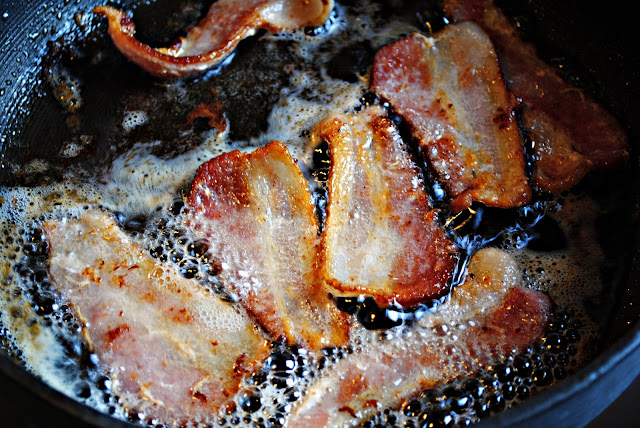 My husband thinks I’m crazy for wanting to make this, what doesn’t he not get? Bacon fat is supreme and to toss popcorn in it is genius.

We had just cooked up some slab bacon for BLT’s, so I poured it through a mesh strainer to catch the dark bits into a container.

Just a side note: Bacon fat is also really good to fry your eggs in! 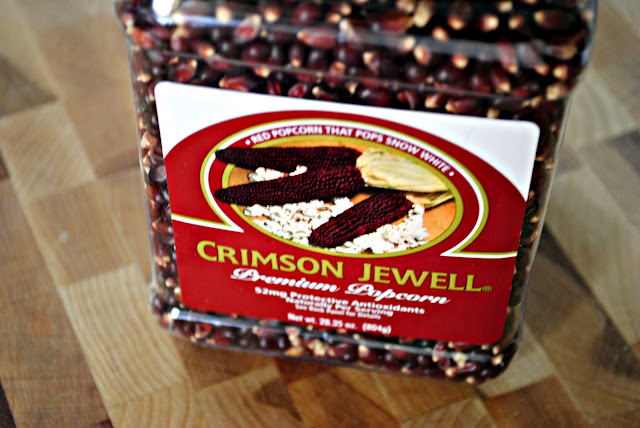 Now, have you ever heard of jewel popcorn? Black Jewell is my favorite gourmet brand of popping corn and you can get the kernels in either black or crimson! Its hull is a beautiful red (or black), and the cool part is that when the kernels pop, they are a beautiful pristine white!

The only difference between the crimson and the black is that the black kernels are smaller and the hull shatters when it is popped which leaves you with less hull to get stuck in your teeth! Studies have also shown that both of these kinds of popcorn are chocked full of antioxidants. Say what? so get popping!

You should be able to find this product right by the regular popcorn kernels at your local grocery store. Otherwise you can order from their website. Not to mention it’s a U.S. based company you’re supporting. win-win. 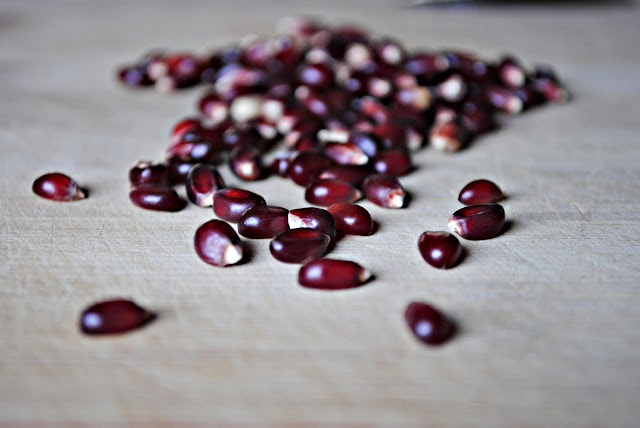 These are the crimson popcorn kernels. Don’t they look a lot like pomegranate arils?! 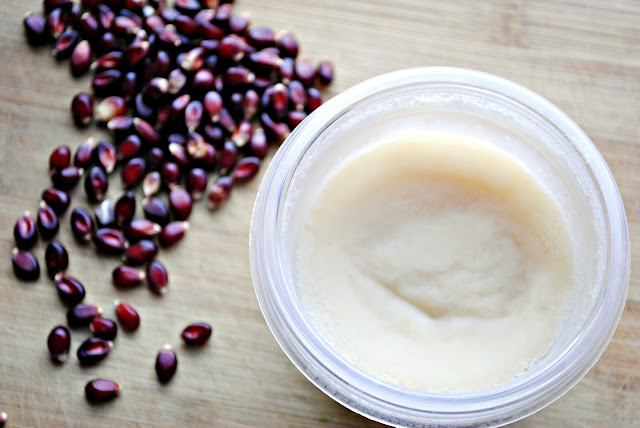 All you need to make this yummy snack is the kernels and some bacon fat a deep pot and maybe some salt. 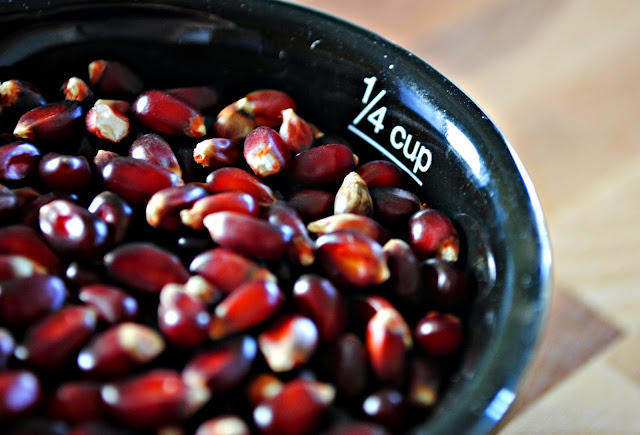 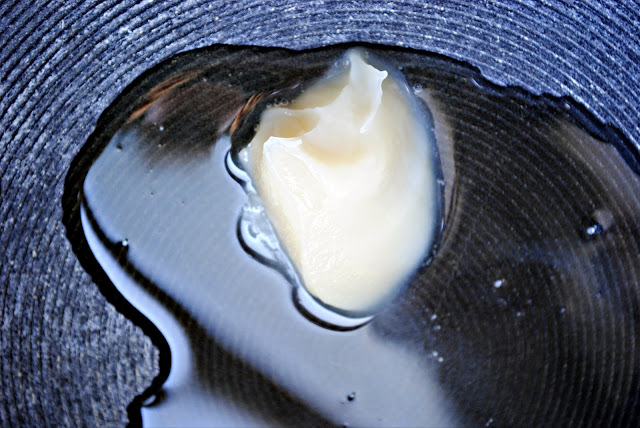 Melt a tablespoon of the bacon fat in the sauce pan over medium high heat. 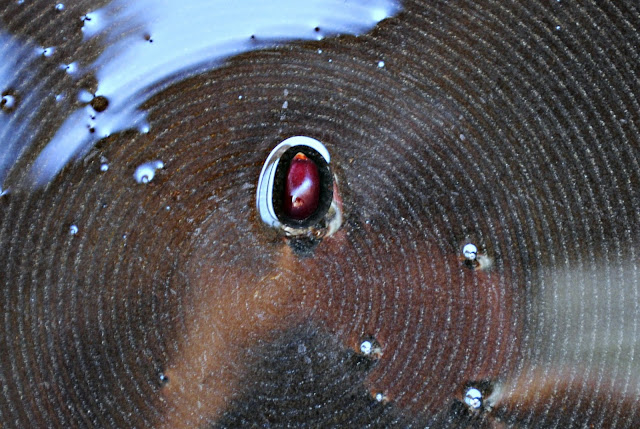 Once it is completely melted drop in one kernel of the crimson popcorn. 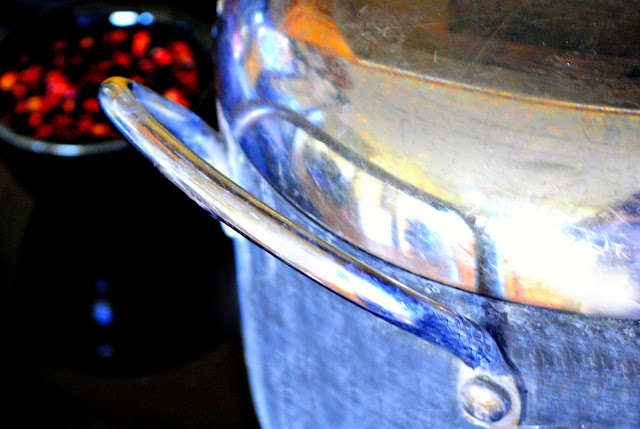 Put a lid on it and wait for it to pop. 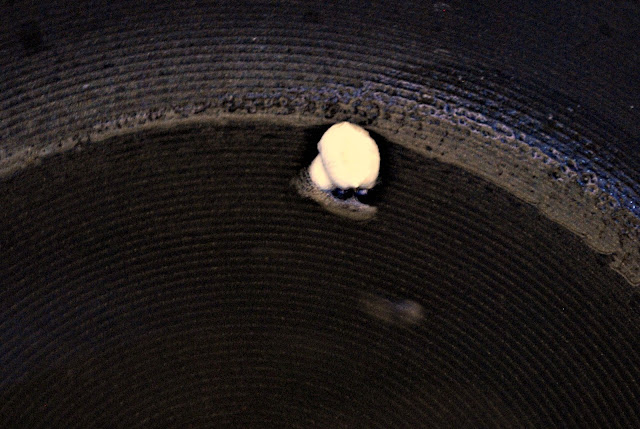 Once you hear the pop, remove the lid. 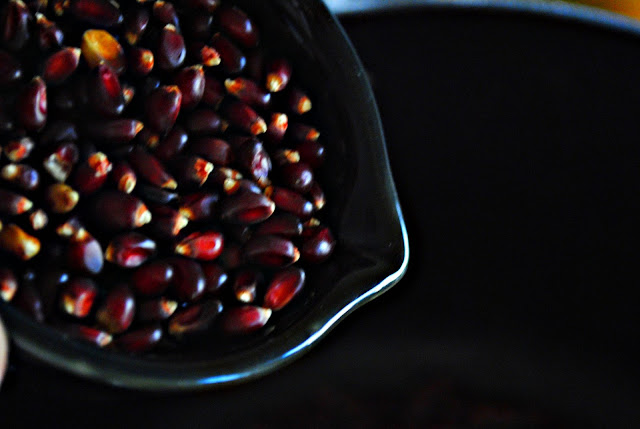 Pour in the right amount of popcorn kernels for your pot. 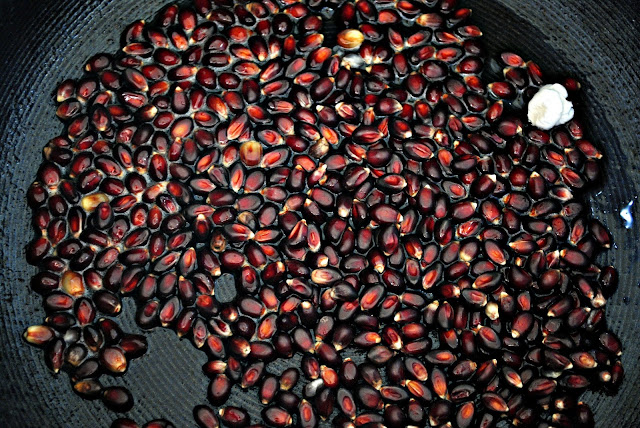 Give them a shake to form a single layer on the bottom. 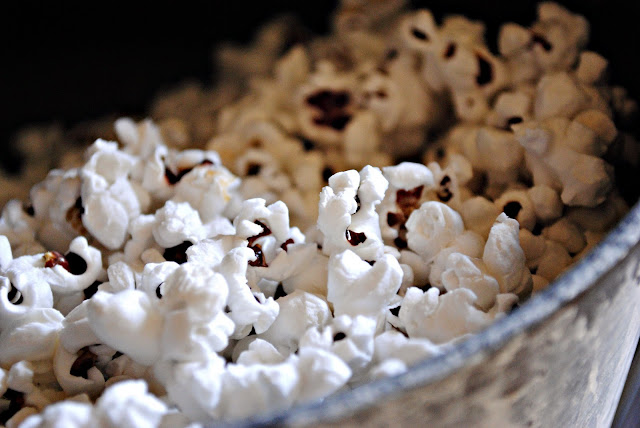 Put the lid back on the pot and shake frequently until there is a long pause in between pops and all kernels are popped! Carefully remove the lid once the popping has stopped. 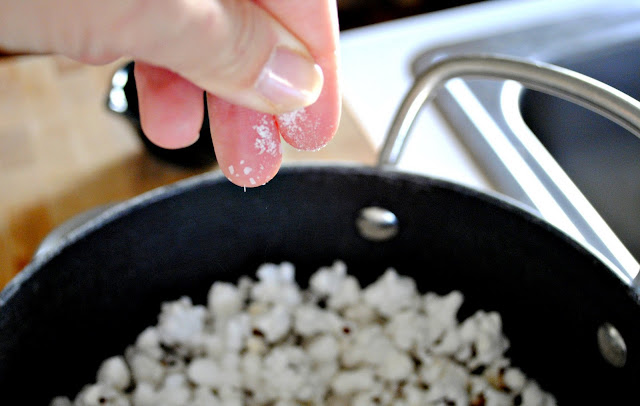 Give them a quick taste then season with some kosher salt. 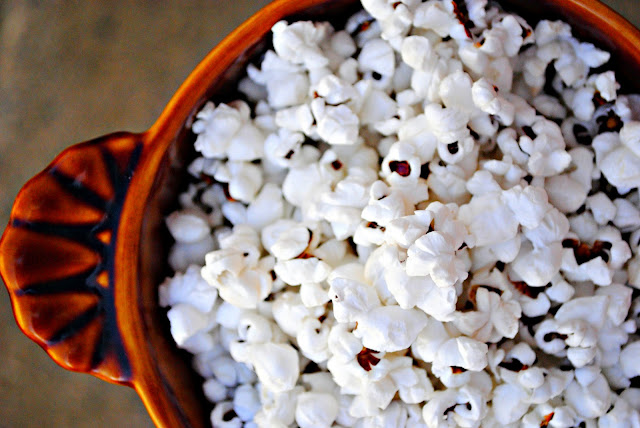 My dog was going bonkers when I was making this. Between the delicious smell of bacon and the popcorn pinging against the lid of my pot. It was actually kinda funny to see him trying to figure out what was happeing. He’s a bird dog so I’m sure he was confused with the noises. 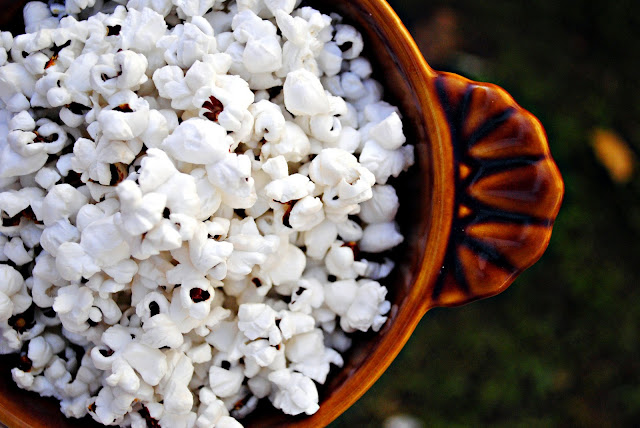 Some may argue with me that cooking with bacon fat is unhealthy, but I disagree because bacon fat is my friend. 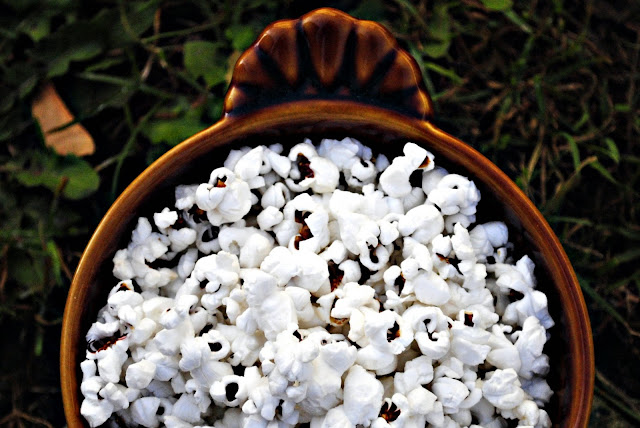 You won’t believe how delicious this is. It has a light smokey-bacony flavor, and each kernel has a slightly buttery texture. I didn’t add any melted butter to this, because in my opinion it was perfect the way it was. I also found that the longer it sat the more pronounced the bacon flavor was. OH-MY-GOODNESS this is amazing!! 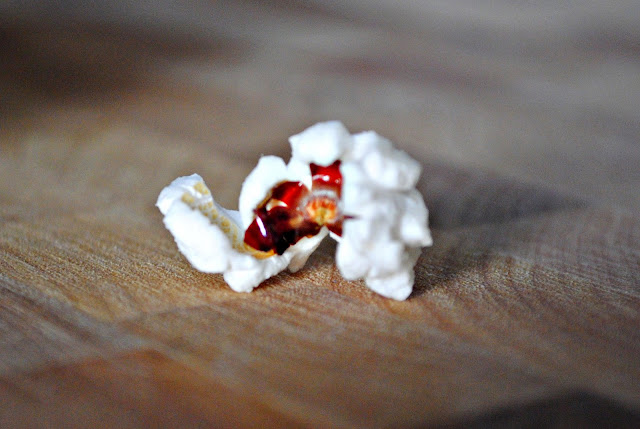 Look how bright red and pretty the popcorn hull is!!

You have to make this, you’ll be glad you did!